In an emergency situation, such as an active shooter, people will take several actions. They will seek information, they will prepare for evacuation and evacuate, and they will inform and help others. And then there’s milling.

The theory is coined by Thomas E. Drabek, Ph.D., Department of Sociology and Criminology at the University of Denver, to explain how during an emergency, people will experience such emotional trauma that they literally freeze – they psychologically and physically shut down. The event is so out of the norm for them in their day-to-day reliance upon norms that they are unable to function. Therefore, they may develop new norms and behavior patterns to guide their actions, which includes not acting. According to Dr. Drabek, “milling is most pronounced when existing organizations and institutional procedures are inadequate or inappropriate for the situation at hand.”

The solution, says threat management and workplace violence expert Dr. Laurence Barton, is that employers should encourage workers to trust their instincts and remain “situationally aware” on the job, instead of solely focusing on shooting drills and tactical exercises. Dr. Barton is one of the world’s leading experts in crisis management and threat assessment. He serves as the Distinguished University Professor of Crisis Management and Public Safety at the University of Central Florida. For the past decade, Dr. Barton has remained the highest rated instructor at The FBI Academy and U.S. Marshals Service, where he teaches three courses in threat evaluation to federal and state law enforcement. He stages high impact simulations and scenarios for corporate teams on issues including the insider threat, radicalization, data breaches and active shooter scenarios. 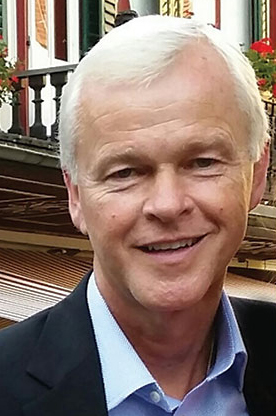 Every human being at birth is given a sense of intuition, but is that being taught in security drills and lockdown training?

Dr. Barton advocates enterprise security adopting flexible emergency plans and policies that empower employees to trust their intuition, rather than static plans. For example, instead of telling workers to evacuate the building and meet up at another location, Barton suggests ordering employees to evacuate and keep moving until they feel safe. Static plans can endanger lives, in the event of unforeseen circumstances, such as an attacker who is familiar with the contingency plans. A flexible plan should encourage individuals to do whatever they need to do to make themselves safe.

Dr. Barton also notes that workers struggle to follow their intuition at work, because they are fearful of appearing paranoid in the workplace. He has interviewed numerous survivors of violent workplace incidents, many of whom describe milling and not acting on the opportunity to flee. A situationally-aware person, he says, would identify a potential threat, such as loud popping sounds, trust their instincts and take decisive action, such as evacuating the building.

“I’m not saying that what security is doing is wrong,” he says, “but there’s a high emphasis on surveillance and other security products, while I believe that the best security measures are strategic and counterbalanced. Most people are innocent and don’t believe that anything will happen to them when they go to work, so security needs to create awareness without creating paranoia. It’s amazing at the amount of money that is spent on executive protection and on cyber threats, but so little on just educating the rank and file,” Dr. Barton notes.

For example, he says, every human being at birth is given a sense of intuition, but is that being taught in security drills and lockdown training? “A woman who is on the 30th floor in a building in Chicago…the elevator opens and there’s a man on that elevator, alone…does she get into the elevator with him, or does her intuition kick in and she decides against it? If she’s situationally aware, she will question the decision, either way. We all need to have that.”

“We still have a massive amount of work to do [with physical security],” he adds. “Implementing security turnstiles with an ID badge is a very effective form of physical security, but people still piggyback every day. We are too gracious, and we want to be polite. But that’s also a great example of where the employer needs to be more of an enforcer. For example, tell employees: ‘If you don’t badge in and out every day, after three infractions, we’re going to have an employment discussion.’ Security needs to ratchet it up in terms of the dialogue. In Europe you don’t find that at all. Employees stop, they close the door and the next person badges in and enters.”

Overall, Dr. Barton advocates a strong combination of security technology and employee awareness. “I do see more employees wanting awareness training, and that’s a positive sign,” he says. “Employees should be their own directors of security so that their first instinct when they hear shots fired or an alarm go off is not to stay put. They need to be taught, over and over, to be aware, scatter, help others who are in distress and to get out of harm’s way. Milling is not an option.”

Why You Need Tactical Medical Training

Why We Need to Overcome ‘Everyday Blindness’

6 Reasons Why Your Enterprise Needs a CRO