This website requires certain cookies to work and uses other cookies to help you have the best experience. By visiting this website, certain cookies have already been set, which you may delete and block. By closing this message or continuing to use our site, you agree to the use of cookies. Visit our updated privacy and cookie policy to learn more.
Home » Blogs » Security Blog » When Pop Culture Drives Mobile App Development, What Happens to the Security of User Data?
Carl Herberger is the Vice President of Security Solutions at Radware, a leader in application delivery and security solutions that assures the availability, performance, and resilience of business-critical applications for over 10,000 enterprises and carriers worldwide. A recognized information security expert, Herberger draws on his extensive information security background in both the private and public sectors. He began his career in the U.S. Air Force as a computer warfare specialist at the Pentagon and managed critical operational intelligence programs aiding both the National Security Council and Secretary of the Air Force. Herberger founded Allied InfoSecurity and held executive security positions at BarclayCard US, SunGard and Campbell Soup Co.
Cybersecurity News

When Pop Culture Drives Mobile App Development, What Happens to the Security of User Data?

Today, mobile apps are as ubiquitous as beer, music and fashion. In fact, they are so popular that they now define how we as a culture communicate new trends and participate in fast-moving memes.  However, like a viral infection, mobile applications, if kept unsanitary, have the potential to spread protected user data across the internet with the same public exposure as the celebrities those users idolize.

Volume and Income = Incentive for Attacks

Let’s review these concepts above in action:

According to VentureBeat, mobile applications are already a $40B industry and can grow to $70B by 2017 (see image) without a single industry profoundly affected by this growth. 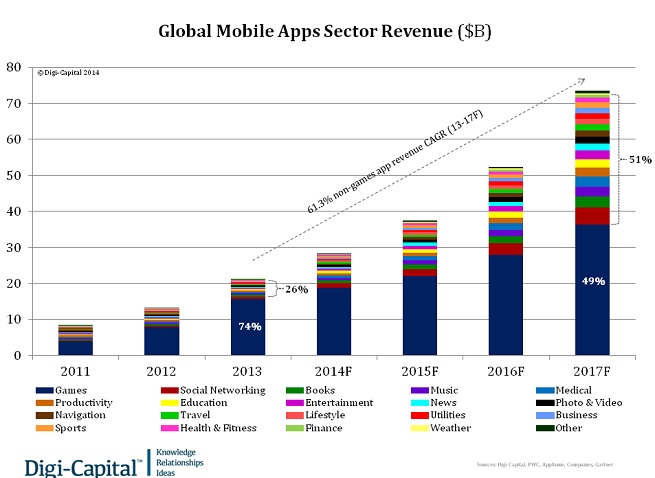 Consumers use mobile apps to support every part of their lives, from ordering pizza to tracking their exercise routines, to managing their money. The consumption and sharing of popular culture is no exception. Likewise, when celebrities race to release mobile apps that engage and communicate with their fan base, people adopt these apps and incorporate them into their daily lives. Pop culture sensations, the Kardashians, recently released mobile apps to engage with their fans with unmitigated success.

If you are not familiar with this particular Mobile App’s business model, they're effectively Web TV channels for each sister, featuring videos, diaries and a variety of lifestyle content.

In fact, Apptopia, a firm specializing in Mobile App usage, estimates that more than 1.5 million people downloaded Kylie Jenner’s app in the first five days. That's well ahead of 398,000 downloads for Khloe Kardashian, 362,000 for Kim Kardashian, and 216,000 for Kendall Jenner. Moreover, an analysis shared with CNNMoney by Apptopia shows that Kylie's app could make $15 million in its first year as each app costs $3 a month.

So how popular are Mobile apps in putting things into perspective? Well, not quite as popular as beer – yet! (See graphic below or here.) However, according to forecasted projections, Mobile Apps will close in on surpassing the beer industry sometime by 2019-2020. 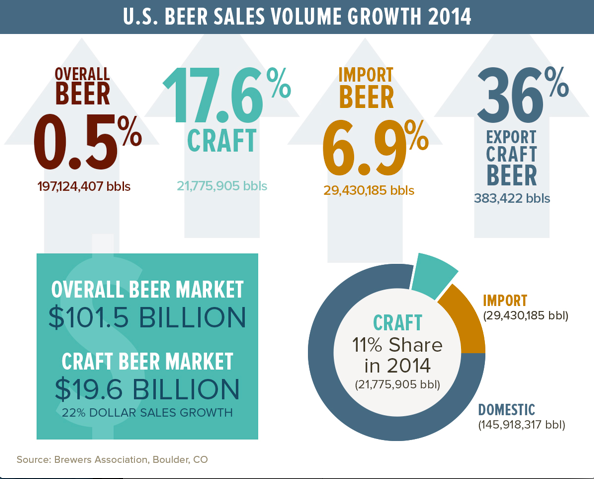 But what are the dangers?

The Kardashian/Jenner Mobile Apps were brought to market in record speed – so quickly that they launched with a misconfiguration leading to some highlighted flaws in Apple’s Mobile App store. These flaws are not really easy to uncover because they are not exploits from known vulnerabilities (which are far more easily enumerated and cataloged). However, this design flaw exposes protected user data to anyone that can discover it – basically creating a huge vulnerability in the app’s security and a huge liability for the Kardashian/Jenner family.

By exposing the flaw in the design of these apps, we have identified a challenge well beyond the popularity of the Kardashians. Often the decision to bring an app to market is determined based on the desire to capture market share, disrupt an existing market, or – in the case of celebrity – to capitalize on an emerging trend. These priorities will drive a development team to rush to market – unfortunately, with rush there is inherent risk.

No matter how secure a company typically is, they need to take a step back and remember that protecting their users should be the top corporate responsibility on their list. Clearly there is an obvious tug-of-war between speed-to-market and security in the application space. However, a quickly selling Mobile App is a Pyrrhic victory if in the pursuit of speed to market a rushed vulnerability destroys the very delivery infrastructure built to support it.

Volume and Income = Incentive for Attacks

Clearly we understand that Apps, which conduct commerce, will always be rife for attacks. We also understand that Mobile Apps which house important information (like user emails, phone numbers, credit card data, Social Security numbers, etc.) that can be commoditized are also highly risky for cyberattacks. However, is it well understood that high volume or highly popular Mobile Apps are equally or maybe more desirable then the first two Mobile App Characteristics as they allow an attacker to achieve scale and scope.

So, given that, here’s a quick punch list of things which should make you feel comfortable about a Mobile App’s security:

In the end, we must acknowledge that Mobile App hacks are an eventuality and information security is a life-long session of cat and mouse games. Human desire to usurp is matched by an equally powerful motivation to secure. So which one wins?  The one we pay more attention to.

Carl Herberger is the Vice President of Security Solutions at Radware, a leader in application delivery and security solutions that assures the availability, performance, and resilience of business-critical applications for over 10,000 enterprises and carriers worldwide. A recognized information security expert, Herberger draws on his extensive information security background in both the private and public sectors. He began his career in the U.S. Air Force as a computer warfare specialist at the Pentagon and managed critical operational intelligence programs aiding both the National Security Council and Secretary of the Air Force. Herberger founded Allied InfoSecurity and held executive security positions at BarclayCard US, SunGard and Campbell Soup Co.
Subscribe For Free!
More Videos