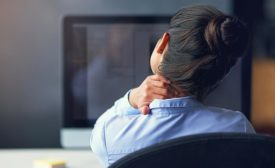 The twentieth century saw huge progress in gender equality as increasing numbers of women embarked upon professional career paths. Certainly, in some sectors such as education, medicine and law, women are increasingly prominent in the general workforce and leadership roles, but other industries appear to be a long way off from achieving full equity. Unfortunately, cybersecurity is one such industry with much progress to be made in terms of diversity and gender parity. While cybersecurity is one of the most fast-paced, rapidly evolving modern industries, this evolution does not appear to apply to the number of women involved in the field.