An inside look at University of Maryland, Baltimore’s campus safety tech

Security technology plays a critical role in the crisis response, situational awareness and emergency communications at the University of Maryland, Baltimore.

School administrators and public safety agencies need technologies that improve preparedness and response on campus. At the University of Maryland, Baltimore (UMB), public safety officials use security technology to keep their facilities — and people — safe and secure.

“Technology allows us to be more effective and efficient in our jobs. We are able to make the campus safer, more secure and more resilient,” explains Jonathan Bratt, Executive Director of the UMB Office of Emergency Management.

From 911 calls to continuity of operations and pandemic response, technology helps UMB enhance response operations and communications for the safety of the university community.

Securing an Urban Campus With Technology

At UMB, emergency response and preparedness are shared responsibilities. The UMB Police Department (UMBPD) and the Office of Emergency Management operate as distinct on-campus agencies with a shared mission: to create a safe university environment. 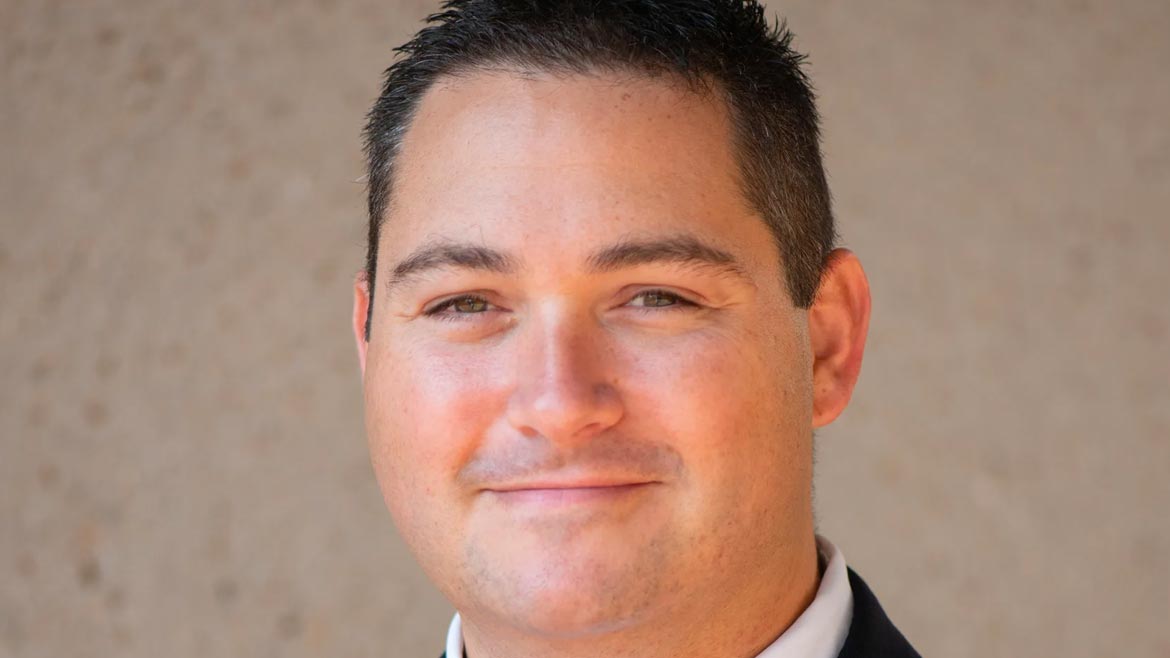 UMBPD provides a variety of services to the university and neighboring communities, including 24-hour patrols, service calls, an on-campus communications center and a Community Outreach and Support Team (COAST). UMB Office of Emergency Management is responsible for developing a comprehensive emergency management program that addresses mitigation, preparedness, response, recovery and continuity of operations. 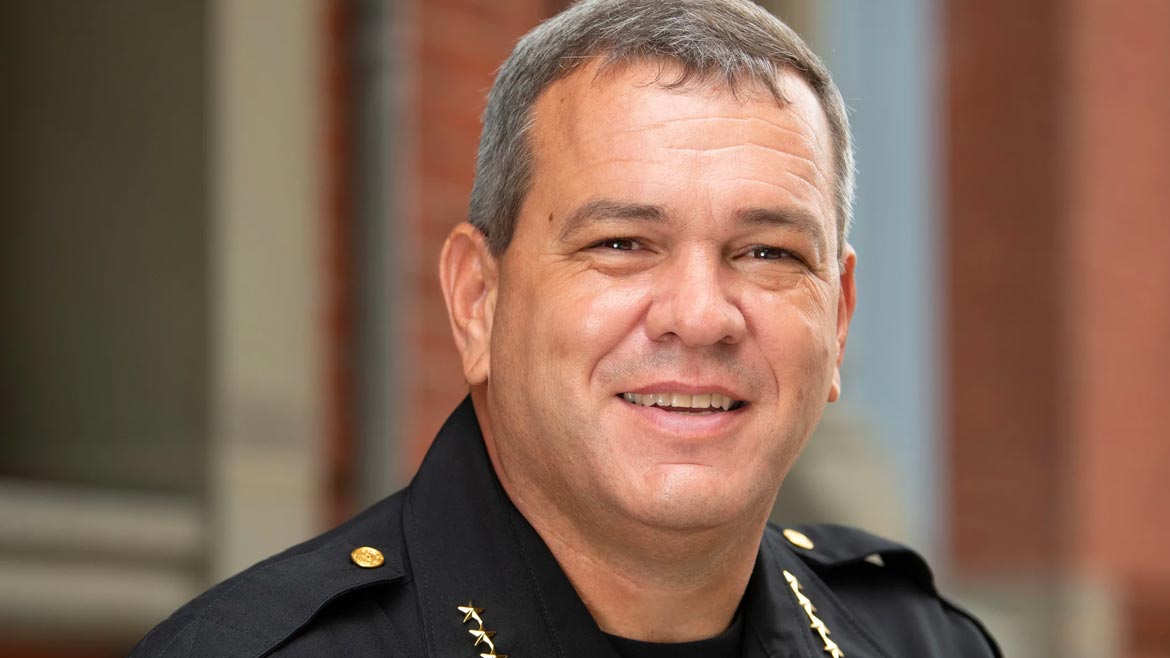 Answering the Call For Help

Emergency response often begins with a 911 call. The Office of Emergency Management decided to take a closer look at calls on campus to improve response.

911 calls from UMB often get routed to the Baltimore City 911 Center rather than UMBPD. This can delay response from UMBPD officers, who are often closer to the incident than Baltimore first responders. To help get officers to the scene faster, UMB partnered with the City of Baltimore to connect their Computer-Aided Dispatch (CAD) systems.

“We can see all of the calls that are going into Baltimore’s police, fire and EMS CAD system in real time,” UMBPD Chief Thomas Leone says. “If they’re in our geography or even close to campus, we can send officers to assist with the call for service, which is huge.”

Students and university officials experienced the benefits of the CAD-to-CAD system firsthand when a gas leak was reported near a UMB building in November 2021. The 911 call was made on campus from a cell phone, but the call was routed to Baltimore’s 911 Center, which then dispatched the Baltimore City Fire Department.

“Prior to the CAD-to-CAD system, we likely would not have known about the gas leak until late into the incident,” Bratt explains. “Because of the integration, our police communication operators were notified immediately, and we were able to deploy resources right away. The simultaneous deployment of our own public safety officials and Baltimore City’s first responders is essential to ensuring a rapid and effective emergency response capability.”

The CAD-to-CAD integration also enables UMBPD police communication operators to see where Baltimore City police, fire and EMS officials and their vehicles are located at any time. Having this situational awareness improves coordination during joint responses.

“I can’t tell you how amazing it is when you go into the communications center,” Bratt says. “It’s a different world when you can see the Baltimore City fire trucks and police officers on the map. And we can see that now, whereas we were completely blind before.”

Prepared for Any Incident

UMBPD and the Office of Emergency Management looked for ways to enhance situational awareness for first responders, starting with video streams.

UMBPD uses devices from FirstNet, a broadband network dedicated to public safety, to establish “Wi-Fi bubbles” around police vehicles so officers can upload data and stream video in real time. “I like to see what’s going on if I can’t be there on the ground,” Chief Leone explains. With reliable high-speed internet in the field and back at the command center, command staff can clearly view what’s happening in the moment.

UMB’s closed circuit television (CCTV) systems provide a view of what is happening on campus, but not a wider picture of events in surrounding areas of Baltimore. So, UMB officials partnered with the Maryland Coordination and Analysis Center, Maryland State Police, and local public safety agencies to integrate UMB CCTV into a shared regional CCTV network known as MView. The program, which began in 2012, now supports live video from traffic, security, portable and vehicle-based cameras from across the region. The CCTV network allows UMB responders to access video surveillance streams on their tablets, smartphones and other mobile devices.

“It’s a camera force multiplier,” Bratt says. “If you’re sitting in a command post or a communications center, you can pull up interagency cameras. It’s a really good resource to be able to pull something up as people are responding, to see what’s happening on-scene before they get there. Our partners in public safety can see, in real time, what is occurring on campus, and they are sharing their camera resources with us to accomplish the same.”

Bratt is also working to build a system of field deployable cameras that can be mounted to a vehicle and stream video from a scene. The ultimate goal is to capture data in the moment that can aid in response operations.

The UMB community has learned the importance of maintaining contact during emergency events over the past years. Combatting COVID-19 on campus and the surrounding region highlighted the importance of seamless communication and operational continuity.

Chief Leone and Bratt wanted to improve communications among university public safety officials. UMBPD police officers are now equipped with phones, and command staff have access to tablets certified to operate on FirstNet.

UMBPD and the Office of Emergency Management also looked to wearable devices such as smartwatches as a way to ensure continuity of operations. The wearables help stakeholders stay connected, whether at home, on campus or in the neighboring communities.

“Wearables have really helped our people stay connected,” Bratt says. “They help make sure that our on-call duty people are always reachable. That’s been important, especially for key people like the chief, so we can reach them when there’s an emergency.”

Looking beyond university responders, both the university police department and emergency management teams examined who would need to communicate during an emergency. “We thought about who would be responsible for mass notifications or other chain-of-command requirements that are dictated by the Clery Act,” Bratt explains.

They equipped the UMB president, provost, and vice president for administration and finance with FirstNet devices to ensure they could communicate during a crisis, which was important during the last two years as the COVID-19 pandemic upended campus life.

Responding to a Global Pandemic

UMB has played a significant role in COVID-19 response since the earliest days of the pandemic. In 2020, the School of Medicine’s Center for Vaccine Development and Global Health worked on COVID-19 research to help develop vaccines, therapies and clinical trials to combat the virus. “We had on-campus clinical trials for vaccines very early on,” Bratt says. “We couldn’t afford to shut those operations down. These were the operations that were going to get us out of the pandemic.”

As the virus evolved, so did UMB’s role in pandemic response. It soon began hosting test labs and, once vaccines were available, opened a mass vaccination clinic where UMB served thousands of Maryland residents and also stored vaccines for statewide distribution. This was a massive undertaking for university public safety officials.

The first step was to identify a location for the mass vaccination clinic. One building had the space and layout needed, but lacked the communications infrastructure. “We were concerned about overwhelming crowds at these mass vaccination sites,” Bratt explains. “The cellular infrastructure was not prepared to handle a large volume of individuals in a single location. We wanted to make sure that we had something that would maintain communications, even with the population increasing around us.”

UMB turned to FirstNet to help address the challenge. “We were using spaces that were not normally occupied. Getting hardwired internet to those spaces was not an option for the time frame that we were talking about,” Bratt recalls. “So, we deployed FirstNet mobile hotspots throughout those areas and used them in our command post in places where we needed Wi-Fi.”

The network met the demand and provided enough bandwidth for Office of Emergency Management staff to communicate with UMB faculty, staff and volunteers — even when the clinic was filled with patients. It also provided a secure connection with end-to-end encryption services.

With Chief Leone and Bratt at the helm of their respective agencies, technology will continue to play a major role in campus safety.

“The students are our future,” Chief Leone says. “We want to provide a safe place for them to live and grow, so we work to equip our staff with all the tools they need to be prepared for whatever comes our way.”