Each year, natural disasters such as hurricanes and wildfires affect hundreds of communities and people worldwide. According to the National Center for Environmental Information, natural disasters cost the United States $145 billion in 2021, with hurricanes, wildfires, droughts and deep freezes making headlines. The three costliest disasters in 2021 were category four Hurricane Ida in August ($75 billion), February cold temperatures that caused power outages in Texas and the central U.S. ($24 billion) and a series of wildfires in California and other western states ($10.6 billion).

Scientists and policymakers have warned that climate change could make natural disasters more frequent and severe.

As of July 2022, there have been nine weather or climate disaster events with losses exceeding $1 billion each — and hurricane season has yet to be accounted for. 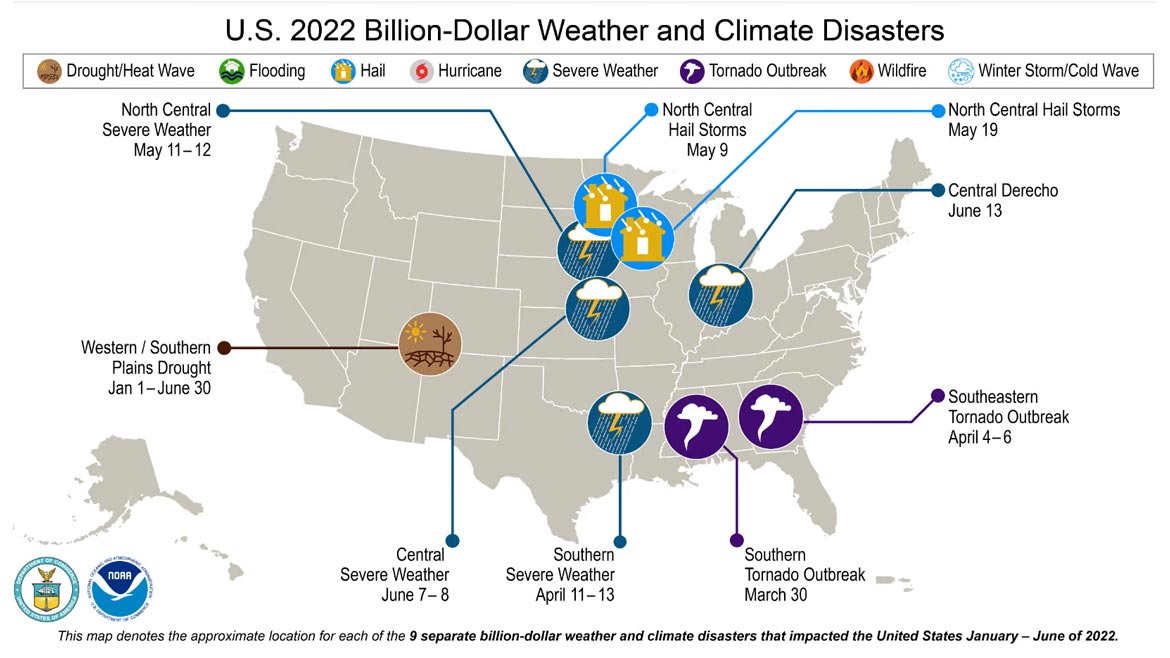 There are emergency management capability gaps in disaster recovery and mitigation.

GAO found that a disaster resilience framework can serve as a guide to facilitate and promote resilience to natural disasters and the effects of climate change. The framework is organized around three broad overlapping principles — information, integration and incentives. Users of the Disaster Resilience Framework can consider its principles to help Congress and federal agencies improve federal climate resilience planning and implementation, as well as analyze and identify opportunities to address gaps in federal emergency preparedness efforts.

The framework provides a series of questions for those who provide oversight or management of federal efforts to consider when analyzing opportunities to enhance their contribution to national disaster resilience.

For the GAO report, visit www.gao.gov.