This website requires certain cookies to work and uses other cookies to help you have the best experience. By visiting this website, certain cookies have already been set, which you may delete and block. By closing this message or continuing to use our site, you agree to the use of cookies. Visit our updated privacy and cookie policy to learn more.
Home » Securing the perimeter in manufacturing and distribution
ManagementPhysicalSecurity Enterprise ServicesSecurity Leadership and ManagementLogical SecuritySecurity & Business ResilienceSecurity Education & TrainingFire & Life SafetyPhysical Security
Special Report

With large campuses and high vehicle traffic, manufacturing and distribution facilities require a layered approach to securing the perimeter.

At the Associated Grocers of New England, perimeter security is top of mind. With a nearly half-million square foot distribution center covering more than 70 acres, there’s a lot that can go wrong. “In addition to theft, we’re trying to prepare for many different threats,” says Jim Gaudet, CPP, Loss Prevention Assistant Manager.

“Some years back, we saw a big PETA demonstration against an egg farm up in Maine. It makes you think: What happens if they decide to show up here? Because we’re carrying those eggs in the warehouse,” he says.

For manufacturing and distribution facilities, the sheer size of the physical footprint, combined with constant vehicular and human movement, can make perimeter security a challenge. Experts in the field point to a number of key strategies for success.

Gaudet thinks a lot about perception at the perimeter.

“You don’t want security so loud and aggressive that people are kind of turned off by it,” he says. “We are the largest employer in our town, and we don’t want to be seen as the biggest bully in town. We want to have a professional look; the guard booth is there and it’s obvious that it’s a guard booth, but it’s not ‘Fortress America.’ We don’t have armed guards. We don’t have dogs patrolling the perimeter.”

When strategizing his perimeter measures, Gaudet relies in part on the physical layout of the facility. This is an approach to crime prevention through environmental design, taking advantage of the campus’ natural features.

“We’re in a good place design-wise because we built this place on an old sandpit bordered by a river that runs down below our property. Those physical features give us a natural boundary,” he says. “We also have big chunks of granite creating a natural border on a hill.”

The Associated Grocers of New England campus has other perimeter security defenses in place as well, including a guardhouse that is set up so security personnel face the traffic coming into the property. “Whether it’s truck traffic bound for the back of the building or visitors or employees heading for the front — that’s monitored from the guard booth all the time, and it’s recorded on video,” he says.

In addition, the campus security staff have established policies and procedures with an eye toward managing what happens at the perimeter. “You can’t just come in. You have to have an appointment to show up here, to get past the guardhouse,” Gaudet says. “Trucks are loaded or offloaded and they’re checked out on the way out. Our drivers can’t even drive their own vehicles out back. So perimeter security becomes part of the protection in depth.” 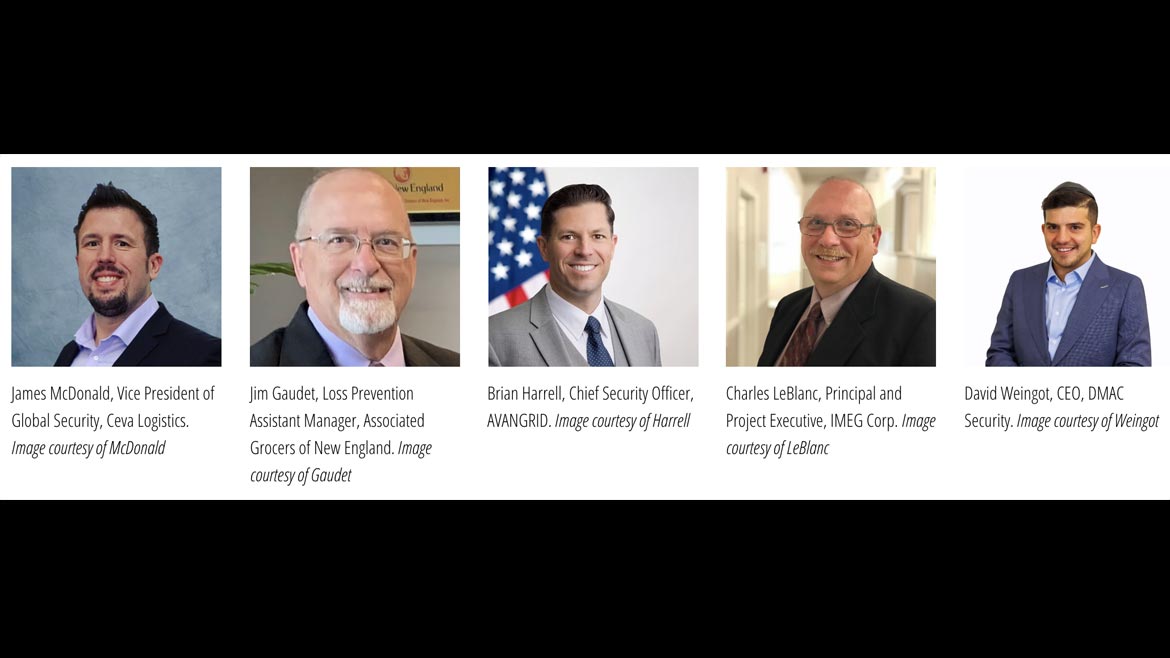 The nature of manufacturing and distribution is such that the perimeter demands special attention. That fence or property line can be sprawling, making it impractical for security teams to rely solely on human inspection or guard tours. Additionally, the pace and activity at many manufacturing and distribution centers necessitate 24/7 perimeter protection — a difficult task for security professionals to manage.

“In security, we try to create sight lines that increase the chances for detecting when someone is doing something nefarious,” says Charles LeBlanc, P.E., CPP, Principal and Project Executive with engineering design company IMEG Corp.

“Loading docks and fence lines represent a significant challenge to securing manufacturing and logistics facilities and are often a significant security concern for these facilities since the trucks obstruct sight lines and can hide nefarious activity,” he says.

Technology can help here, expanding the range of view while also reducing the need for guard tours. At Ceva Logistics, which operates some 180 facilities in North America, Vice President of Global Security James McDonald leans heavily on technology to secure the perimeter.

“We are leveraging technology and automation to significantly reduce or eliminate recurring contract guard spend,” McDonald says. “We use a reputable enterprise camera manufacturer that is heavily into video analytics, artificial intelligence (AI) technology and facial recognition. The cameras use cutting-edge technology to geo-fence a particular area by utilizing self-learning analytics that never sleeps.”

Ceva Logistics surveillance technology constantly reviews multiple camera feeds for potential events or exceptions. “Once the site is learned through the AI technology and analytics, if there’s an exception, the system notifies our Global Security Operation Center (GSOC) so a member of our staff can easily determine whether a true threat exists and take immediate action if needed,” he says.

In pursuing this approach, McDonald has seen a strong return on investment. “With this type of cutting-edge technology, we are able to implement a much better solution at a lower cost,” he says.

At DMAC Security, which secures container yards, warehouses and other logistics and manufacturing sites, Founder and Chief Executive Officer (CEO) David Weingot is using technology at the perimeter specifically in support of tagging and tracking incoming and outgoing people, products and vehicles.

“It’s critical to have a vetting process in place that identifies who belongs there and who doesn’t, whether that be vehicle traffic or pedestrian traffic,” Weingot says. The vetting process can be as simple as window decals to identify approved visitors.

“That’s great for routine, recurring traffic. The process provides a quick identifier for the officer and security team to quickly vet who’s coming and going, and to stop the vehicle and inquire why they’re here, if that is what is needed,” he says.

Technology, such as license plate readers, can also help manage access at the perimeter, particularly with facilities that have high vehicle traffic, Weingot says. He adds that license plate technology should be integrated with do not enter lists or those people that have been identified as threats. “It [should also be] integrated with the human operation, so that if there’s an exception, the officer is alerted and can respond,” he says.

Weingot also uses AI and analytics integrated with camera systems to augment human security teams. “In cases where personnel are limited, the AI enables the officers to be used at the right time, in the right place,” he says. “We’ve seen facilities that have gone from six full-time officers down to four by using technology integrated into the overall security program.” 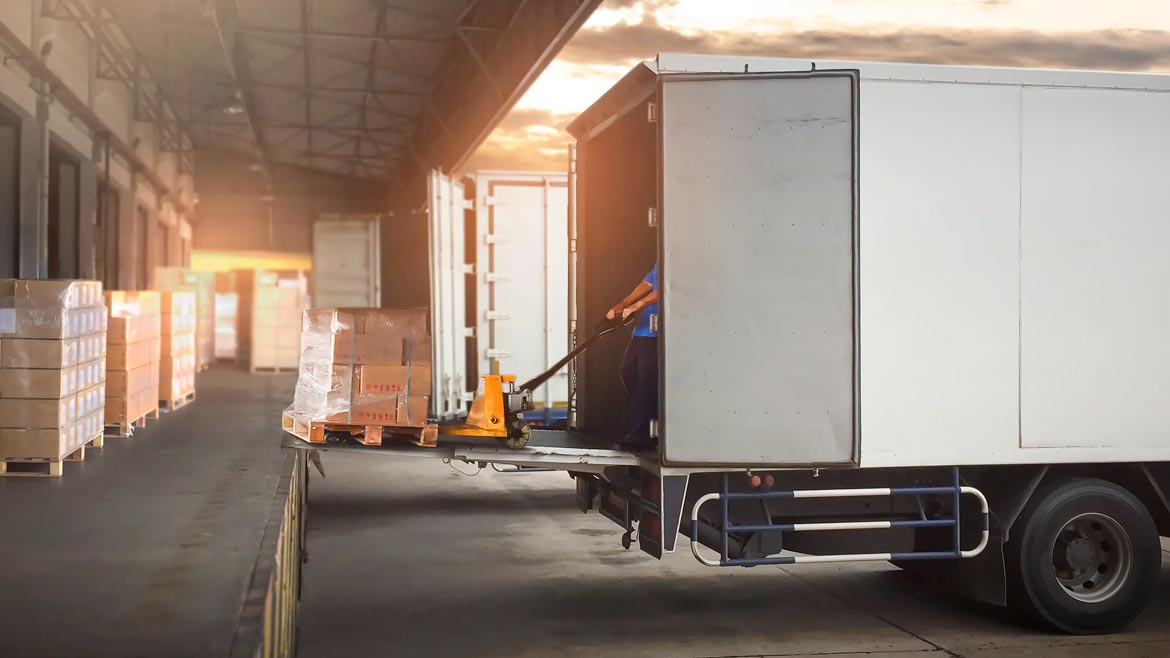 Even with all this technology in place, humans still have a key role in the perimeter operation.

“Because of regulatory mandates, we constantly inspect our walls, gates and fencing. We discovered early on that we needed to use quality components given the harsh weather associated with New England,” he says.

To ensure those components are up to snuff, “we regularly patrol our infrastructure with proprietary staff, guard contractors, private security and law enforcement resources,” Harrell says.

Gaudet, too, looks to regular patrols as a key element of his defensive apparatus. “You can put up all the physical features you want, but the security team still needs to be monitoring that,” he says.

“We have traditional security fencing around with barbed wire and some access gates along the way. But the officers still have to patrol that perimeter on a regular basis, check the locks, and make sure they’ll open if we need them to open,” he says. “You can design tour descriptions to say, ‘This is what you should be looking at.’ For instance, when you look at the fence, you can sometimes tell if someone was on the opposite side trying to scale it because you’ll see the impression with chain link fences.”

In his organizations, personnel drive the perimeter at least once a day, with at least one additional tour at night and one during the day. “They have set tours, a schedule that they’re supposed to hit. They’re checking the integrity of the perimeter, looking physically at the barriers, looking at the fence and the gates. They’re also looking for other things like product staged on the other side of the fence,” he says.

Finally, though it certainly should be one of the first considerations, rather than the last — is looking at the integrity of the actual fence or perimeter surrounding the campus. Often overlooked, the integrity of the fence line can be a make-or-break element in an effective perimeter security strategy. For manufacturing and distribution facilities with such large footprints, the fence serves as the first line of defense.

“The fence line creates a clear, secure boundary and allows security staff to focus on this critical boundary,” LeBlanc says. “And yet, fence lines are hard to maintain because they get damaged. Drainage, for example, will undermine the foundations underneath the fence line or create gaps in the fence line.”

With this in mind, “it’s important to create a fence line that’s secure in the first place and will stay secure. When you’re building the fence, think about how the water will come off the facility and off of all the pavement,” he says. “Whenever we do assessments, we look for damaged fences or erosion gaps under the fence that are big enough where people can climb underneath them and get into the facility undetected.”

Conventional wisdom has long held that “good fences make good neighbors.” While a strong personnel deployment strategy and robust technology are essential, this fundamental truth remains the bedrock of perimeter security for manufacturing and distribution.

How to bring a virtual GSOC to life