This website requires certain cookies to work and uses other cookies to help you have the best experience. By visiting this website, certain cookies have already been set, which you may delete and block. By closing this message or continuing to use our site, you agree to the use of cookies. Visit our updated privacy and cookie policy to learn more.
ManagementPhysicalSecurity Enterprise ServicesSecurity Leadership and ManagementLogical SecuritySecurity & Business ResilienceSecurity Education & TrainingAccess ManagementFire & Life SafetyIdentity ManagementPhysical SecurityVideo Surveillance

The social and economic impacts of political violence don’t often match. Terror attacks can accomplish their main objective of striking fear into a local population while not significantly interfering with commerce, and broad waves of unrest have the potential for supply chain disruption, local business closures lasting for days, and repair and remediation that can become quite costly. There’s a third category that doesn’t get enough attention in policy and academic circles: insurance industry losses.

Historically, political violence has not led to large losses for the insurance industry. According to historical losses in PCS Global Terror, only three events have posted aggregate insurance industry losses of at least US$1 billion (not adjusted for inflation) since at least 1992, with the terror attacks of September 11, 2001, far in excess of that and thus an outlier. For riot and civil disorder, only two U.S. historical events have topped US$100 million in the past 70 years, with only one major riot in Latin America reaching that threshold in the past 20 years. 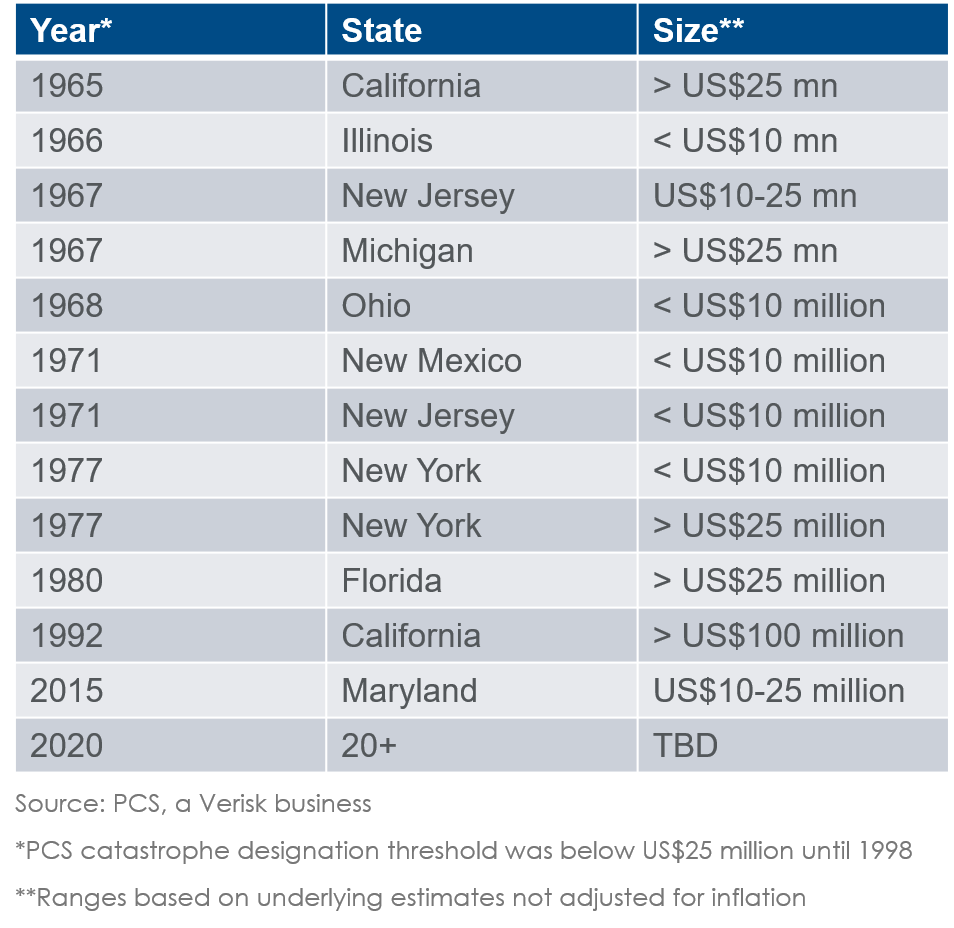 The past four years, though, the consequences have been much different. We’ve seen a considerable change in the impact that political violence can have on the insurance industry, particularly for riot and civil disorder events. Given the unique perspective that the insurance industry can provide on major loss events, we’ve identified five important lessons on political violence that have broad applicability.

1. Headline events don’t necessarily mean insured or commercial losses: News cycles tend to play a disproportionate role in how the public perceives political violence, and there’s nothing more compelling than seeing a large crowd trying to set fire to a building. Striking visuals, loud chants, and even physical damage to structures don’t necessarily mean there’s an insurance industry impact – or even a commercial impact, for that matter. Throughout most of the summer of 2020, riots in Portland, Oregon dominated the U.S. media, but most of the damage that occurred involved government buildings that weren’t insured. While there’s an impact for the taxpayer, that’s a step removed from direct commercial impact, and a step removed again from the insurance industry.

2. Fire tends to be a defining characteristic: The PCS team has identified an important trend in riot and civil disorder events. In order to be deemed a ‘catastrophe,’ they need to reach an industrywide aggregate insured loss of at least US$25 million and affect a significant number of insurers and insureds. While that doesn’t sound like a large amount, riot and civil disorder events generally fail to reach that threshold unless there’s fire damage involved. We learned from the riots on Chicago’s ‘Magnificent Mile’ that exterior damage (e.g., broken windows and graffiti) and interior damage (including theft and damage of inventory) don’t accumulate rapidly. Meanwhile, the George Floyd riots – which ultimately spanned more than 20 states – resulted in considerable damage outside of major urban centers. Big box stores and strip malls have construction characteristics that make them more susceptible to fire damage than the large structures of the Magnificent Mile, Manhattan’s Fifth Avenue, and other major city centers.

3. Industrial exposures can disproportionately affect insurance industry loss totals: In southeastern Turkey in 2016, a wave of terror attacks resulted in one of the largest insurance industry aggregate losses in the country’s history. Approximately 10 percent of the insurance industry impact came from only a handful of commercial insureds. In seven decades of monitoring catastrophe events for the insurance industry, it seemed like an anomaly at the time. In the four years that followed, though, the PCS team observed that it was instead the start of a new trend.

4. Large, geographically dispersed retailers could be experience disproportionate risk: Over the past 25 years, the world’s largest retailers have grown aggressively, in part because size and scale could provide support in the fight against online competitors. It also created a sprawling exposure base that could respond in ways not seen before to simultaneous riot and civil disorder outbreaks. The 2019 Chilean riots resulted in nearly US$3 billion in losses for the global insurance industry, making it one of the largest riot and civil disorder catastrophe losses every experienced by the global insurance industry. Approximately a third of the total insured loss came from no more than five retailers. Continuing the trend of a small number of insureds reshaping the overall insurance industry loss, the 2020 George Floyd riots (based on current PCS estimates) aren’t far behind the Chile’s 2019 totals, and only three insureds account for roughly a third of the insurance industry’s total loss. Larger companies that may have taken some comfort in geographic diversification may be more exposed to riot and civil disorder than they’d expected.

5. Lessons learned can come from anywhere: With larger corporates appearing to bear increasingly large impacts from riot and civil disorder event, one could expect multinational and super-regional consumer-facing companies to be particularly exposed. As the global insurance industry learned in 2019 in Chile, the losses can come from anywhere. So, the notion that emerging market experiences aren’t directly relevant to developed market companies has become a bit dated. After the 2016 political violence event in Turkey, we heard the market say, ‘Yes, but that’s Turkey.’ Three years later, it was, ‘That’s big for Chile, but that’s still a different part of the world.’ If nearly half the states in the United States could be classified as part of the same riot and disorder event, though, it seems the trend is validated and the world should pay close attention.