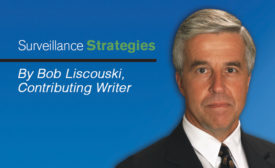 The disclosures by Edward Snowden over the past year have raised the public’s awareness about the U.S. Government’s surveillance tactics and capabilities to defend our nation against another 9/11 magnitude attack.
Bob Liscouski

Surveillance was performed by putting people on the street and watching from parked cars and vans disguised at Bell Telephone service vehicles with portholes cut out for still cameras.