Frances Zelazny is a biometrics industry veteran and Co-Founder and CEO of Anonybit, a privacy-first biometric and identity management system.
Articles 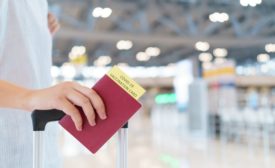 Vaccine passports: Our saving grace, or a privacy nightmare?

Frances Zelazny
For me, the issue of vaccination passports is actually exposing the underbelly of the privacy and identity debate in the United States at the expense of public health and public safety. This is no longer a matter of whether people are collecting benefits to which they are not entitled, or whether an ID is needed to vote. The issue of vaccination passports and the lack of a national identity strategy in the United States is now literally a matter of life and death.
Read More
Subscribe For Free!
More Videos