As Vice President for Engineering for NETSCOUT, Paul Kraus supports strategic product development and implementation of enterprise security solutions. Compelled by a deeply-held conviction that technology should be understandable to all audiences, his goal is to be the voice of modern security analytics for his colleagues and customers alike. His experience and commitment to making the complex clear makes him an exceptional resource to customers who need to understand their information security needs in addition to the solutions being deployed to strengthen their vigilance when it comes to cybersecurity.  Kraus is a well-known expert in network detection, response and intrusion detection and network forensics. He also has deep background in SIEM and cloud security, particularly from a network and governance perspective, making him a go-to resource on these topics. These points of expertise are especially key in supporting NETSCOUTS’s primary focus of delivering exceptional customer outcomes. 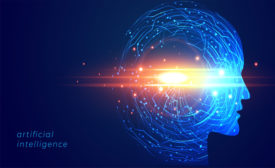 Will AI malware change the game?

Paul Kraus
The use of artificial intelligence (AI) in cybersecurity, while often overhyped, is not a new concept. Hackers have included countermeasures in malware since its inception to detect runtime environments or sense detection attempts. Early actions were primitive compared to what we know today, but they laid the groundwork for more critical thought about adaptive and evasive technologies and sophisticated situational awareness. This lethal combination of research and deep targeting is likely the future of malware as adversaries attempt to outsmart the companies and researchers trying to thwart them.
Read More
Subscribe For Free!
More Videos

Getting started in cybersecurity – 6 essential skills to consider