Chris Webber is a security wonk, a cloud evangelist, a product guy, and a recovering IT professional. Having spent time at both silicon valley startups and global powerhouses, Chris developed his particular slant on cybersecurity at companies like Zscaler, Blue Coat Systems, Centrify, and SafeBreach. 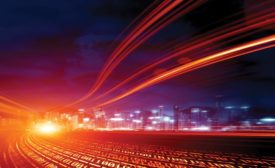 Shadow IT was a security crisis. Now Shadow IT 2.0 is looming. Let’s skip the crisis this time.

Chris Webber
If you were in an IT-related field 10 years ago, the term “Shadow IT” might strike fear into your heart. In case you missed it – or blocked out the bad memory – that’s when business SaaS emerged, enabling lines-of-business (LOB) teams to buy their own turnkey software solutions for the first time. Why was it called “Shadow” IT? Because IT security teams typically weren’t involved in the analysis or deployment of these Saas applications. IT security often didn’t find out about the apps until something went wrong and they were called in to help – and by that point, data, apps and accounts had sprawled across the cloud.
Read More
Subscribe For Free!
More Videos