Jan Youngren is a cybersecurity and consumer protection specialist at VPNpro focused on investigations that help readers navigate the complex infosecurity sphere. His research and commentary has been featured in Forbes, ComputerWeekly, PC Mag, TechRadar, ZDNet, The Mirror, Entrepreneur, and many other leading publications around the world. 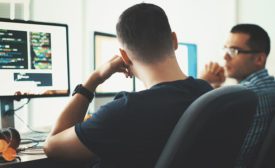 Microsoft Office 365 – convenience in the cloud or an open invitation to hackers?

Jan Youngren
The question is this. Is this skepticism based on fact or as a result of that well-established human trait – resistance to change? In other words, does the convenience offered by a cloud app outweigh potential security threats such as hacking, and how susceptible are SaaS (Software as a Service) cloud apps to attack in the first place? To answer this question, let’s consider Microsoft Office 365, which is one of the most widely used software packages on the planet with more than 27 million consumer users and over 100 million enterprise users.
Read More
Subscribe For Free!
More Videos