Raquelle Solon serves as the Associate Director of Prepare Training for CPI, an international training organization, based in Milwaukee, Wisconsin. In her role with CPI, Solon assists hundreds of organization in determining the best training solution to meet their violence prevention efforts. She was named “Woman of the Year” in 2012 by the National Association of Professional Women for her dedication and role in workplace violence prevention. 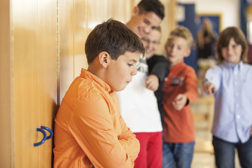 How Bullying Impacts the Risk of Violence in Your Enterprise

Bullying has become a hot topic in the last couple of years. Whether it’s because society has changed what qualifies as acceptable behavior in the workplace, on campus, and in schools or whether it’s because we are more aware of the negative psychological effects that bullying can have during all phases of life has not been determined. But the fact remains that we are becoming more cognizant of bullying and its effects on not only the target of the bullying, but also the bystanders who witness such behavior.