The Federal Bureau of Investigation (FBI) has designated 40 shootings in 2020 as active shooter incidents. The FBI defines an active shooter as one or more individuals actively engaged in killing or attempting to kill people in a populated area. Implicit in this definition is the shooter’s use of a firearm. The active aspect of the definition inherently implies the ongoing nature of an incident, and thus the potential for the response to affect the outcome.

Although 2020 witnessed the highest rate of active shooter incidents for the period 2000 to 2020, casualties were significantly lower. There could be several reasons for the sharp decline in casualty counts.

One potential explanation is that many people avoided public spaces during the COVID-19 pandemic, which presented fewer active shooter casualty opportunities in traditional target-rich environments (i.e., restaurants, movie theatres, sports stadiums, workplaces, schools, etc.). 2020 did see several national and prominent public protests drawing large crowds of people, essentially presenting a target-rich environment. However, there were only two active shooter incidents in these environments in 2020; the casualty totals for these two incidents accounted for one killed and six wounded. 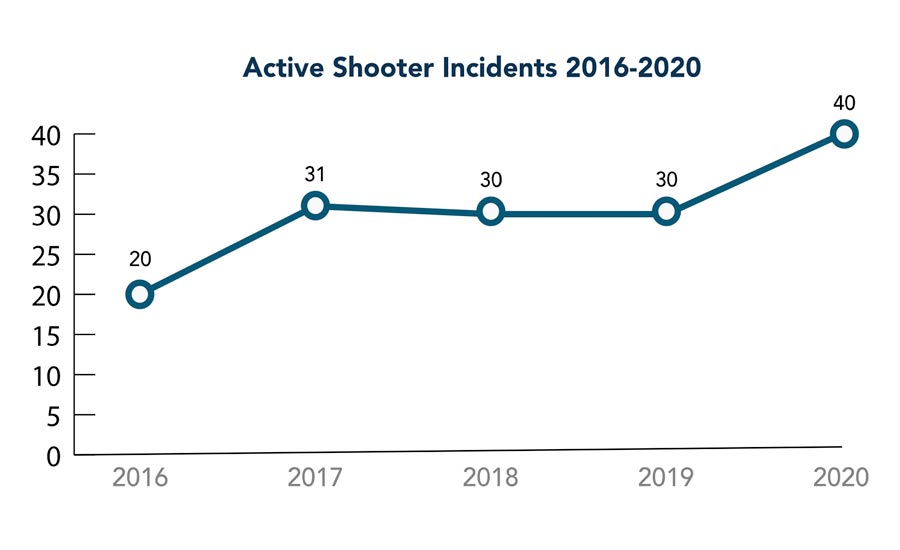 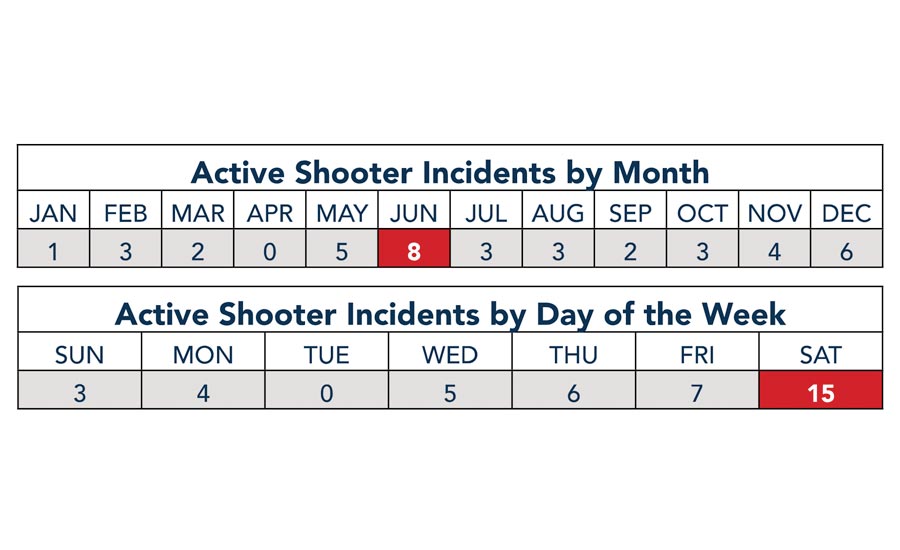 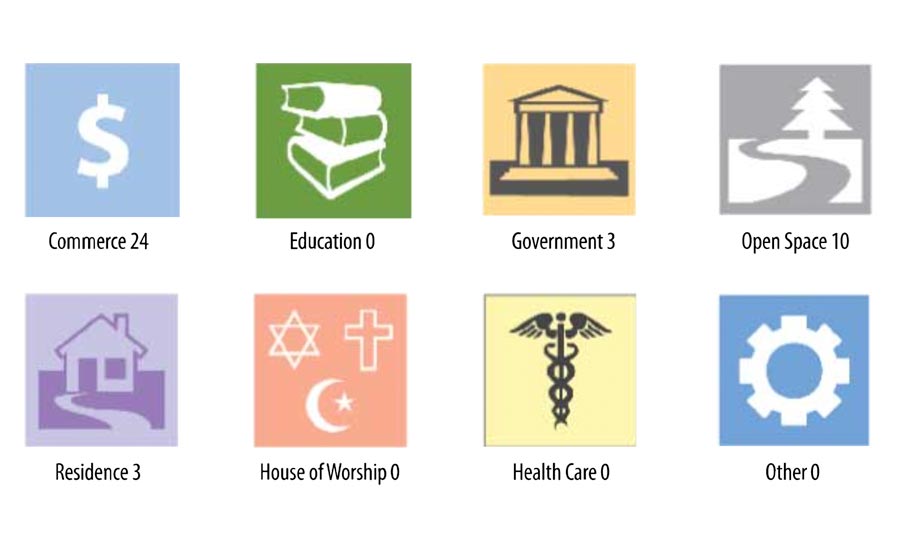 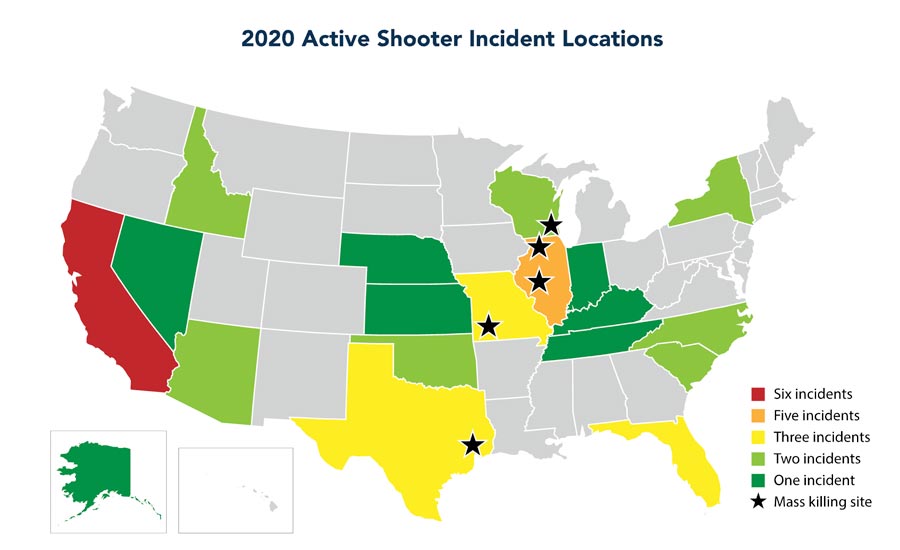 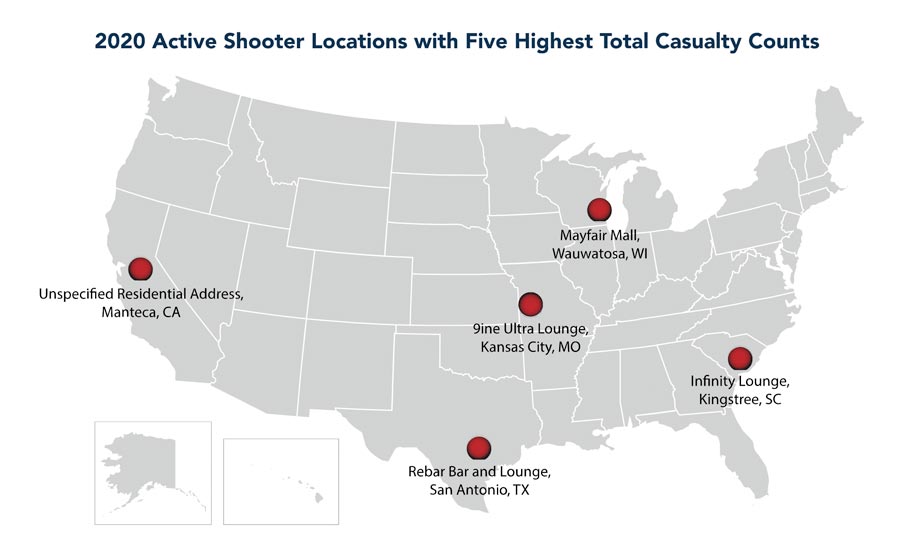 A breakdown of the incidents/locations with the five highest total casualty counts follows: 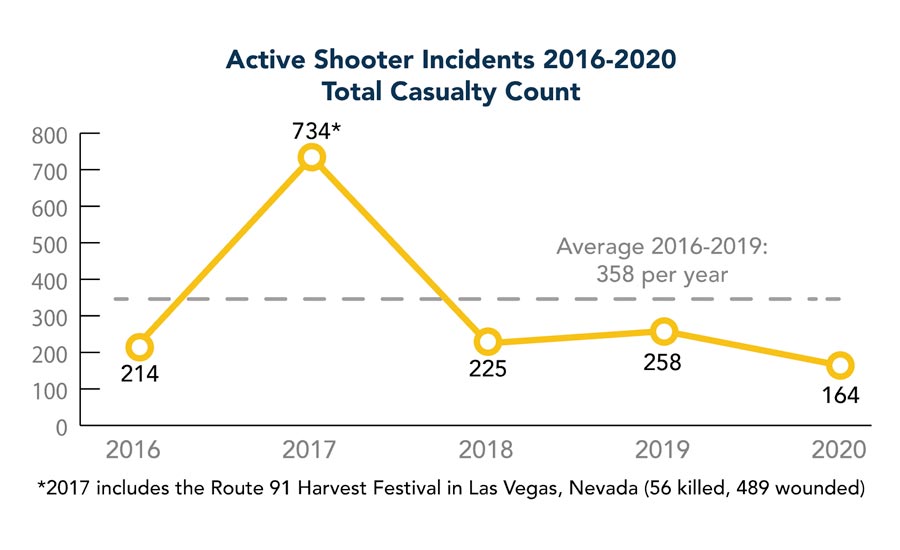 While the number of active shooter incidents doubled since 2016 (see Figure 1), casualty counts decreased to the lowest number in five years. Although there are several possible reasons for the decline in casualty counts, one potential explanation is that many people avoided public spaces during the COVID-19 pandemic lockdowns, which presented fewer active shooter casualty opportunities in target-rich environments (i.e., restaurants, movie theatres, stadiums, workplaces, schools, etc.).

The average number of casualties for the 2016-2019 period is approximately 358 per year, even with the inclusion of the atypical Route 91 Harvest Festival shooting in Las Vegas, Nev. A breakdown of the number of total casualties by year follows:

Twenty-four of the 40 active shooter incidents occurred in areas of commerce, resulting in 31 killed and 81 wounded. 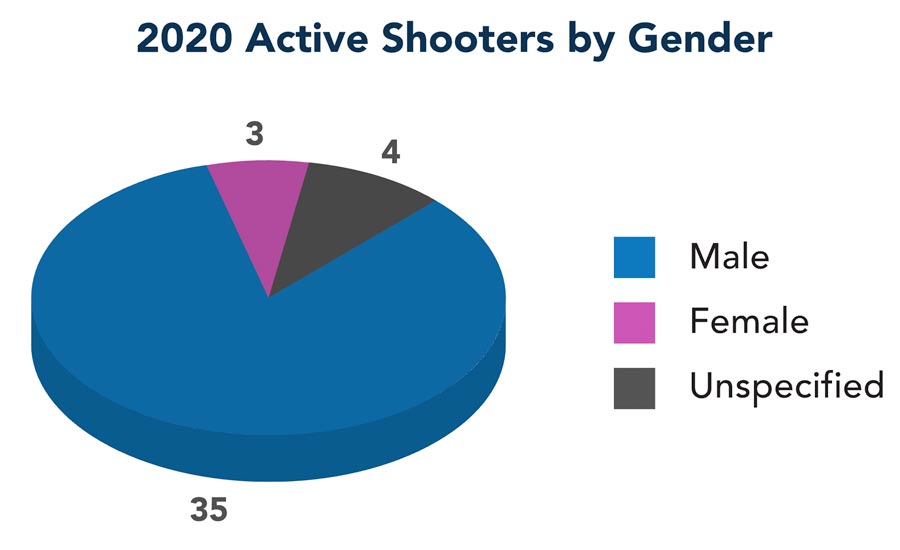