This website requires certain cookies to work and uses other cookies to help you have the best experience. By visiting this website, certain cookies have already been set, which you may delete and block. By closing this message or continuing to use our site, you agree to the use of cookies. Visit our updated privacy and cookie policy to learn more.
Home » How to Effectively Utilize Mass Notification
ManagementSectorsSecurity Enterprise ServicesSecurity & Business ResilienceGovernment: Federal, State and Local

How to Effectively Utilize Mass Notification

Best Practices, Challenges and a Look at How Two Organizations Are Handling Mass Notification.

Between the mudslides in California and both Hawaii’s and Japan’s false missile warnings, mass notification has been at the forefront of recent news. In California, Santa Barbara County officials decided not to send out emergency cellphone messages about the incoming flooding until it had already started, worried about the reception yet more notifications would get from residents who had just returned from evacuating their homes after wildfires. Unfortunately, at least 20 people have died and several are still missing as of this writing.

In Hawaii, the alert that a ballistic missile was headed toward the island was mistakenly sent out by a Hawaii Emergency Management Agency (HI-EMA) employee, causing terror-stricken residents to seek shelter for an entire 38 minutes before they were alerted that it was a false alarm. The Japan snafu, which was posted on public broadcaster NHK’s website and sent out to cellphone users subscribed to the service, was chalked up to the incorrect operation of equipment and was corrected within five minutes.

All of these incidents have inspired conversations about how mass notification is used to alert people about emergency situations. How many alerts are too many, contributing to complacence? How does an agency like HI-EMA earn back credibility after such a horrendous mistake? When is the right time to send messages out? How much geographical area should the message cover to ensure everyone is out of harm’s way? These are all questions with answers that are still unfolding.

An Important Tool for Organizations 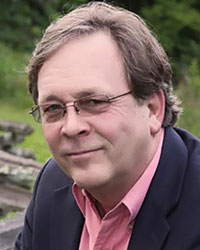 In the meantime, organizations of all sizes and cultures continue to utilize mass notification. Though it’s not limited to emergency notifications, of course, that’s probably the context most people associate mass notification with. It can be used to notify people about anything from toilets overflowing to servers being down to an active shooter to inclement weather.

“Just about every organization has some type of need to notify its people, the people it does business with and perhaps the people in the vicinity of the organization about hazards,” says Rick Wimberly, president of Galain Solutions. “I think the type and number of organizations that realize this is an important part of their business continuity grows constantly.” Indeed, the global market for mass notification is expected to steadily increase from $4.23 billion in 2017 to more than $11 billion by 2027, according to Future Market Insights. 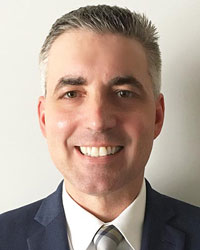 “Communications must be clear, concise and accurate, even though the situation can be ever changing and ever evolving,” says James DeMeo, founder, president and CEO of Unified Sports and Entertainment Security Consulting (USESC) and author of “What’s Your Plan?.” “Being out front, being transparent is key in order to gain confidence and trust from the receiver.”

Technology has made the ability to get messages out instantaneously and often simply by the push of a button. “Things are in real time. We’re gathering real-time intelligence, and we’re analyzing that intelligence, but we’re also educating people that much more quickly because of these platforms,” says DeMeo. “When you look at Facebook and Twitter and Instagram, you can reach a very, very large audience in a short amount of time by effectively utilizing these platforms through a large mass notification system.”

Not only does technology constantly and consistently change, but so do people’s communication preferences, says Wimberly. “Even slow adopters are using new and creative things, so that presents both a challenge and an opportunity. The challenge is that (organizations) have to make sure that they’re not only creating notifications on all of the devices and all of the available methods, but that they’re doing this in a smart, logical way so that people will actually respond to the messages,” he says.

“Not only does technology constantly and consistently change, but so do people’s communication preferences.”

Keeping contact information current is another huge challenge for organizations, including Cleveland Clinic, says David Evans, program manager of Emergency Management for the Department of Protective Services. “It can be challenging to keep up with 52,000 caregivers, but we are constantly encouraging them to make sure that their contact information is up-to-date and letting them know the importance of being able to receive those emergency alerts,” he says.

Washington University uses a broad array of technologies for its mass notification systems, including email, texting, computer pop-ups, voice alerts, ADA-compliant siren systems, cable TV, a robust website, social media and, in particular, its WUSTL app. Combining the school’s regular app with emergency notifications has proven to be efficient and effective, says Arthur. “As long as you don’t opt out of notifications, you’ll get that alert right on your phone, and it works better, faster and more dependably than texting,” he says. 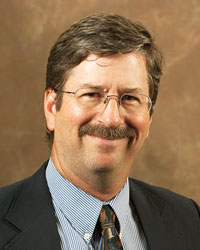 “Our goal and our expectation is that word of mouth is one of these methods of communication,” says Matt Arthur, director of incident communications solutions at Washington University, St. Louis. Photo courtesy of Matt Arthur

Students, staff and faculty are able to opt out of being notified on their personal emails and numbers, but they can’t opt out of notifications on any university-owned devices or emails. As students watch less cable TV, the team is looking at possibly switching to IPTV, Arthur says. “If I can’t tie into my umbrella system through API, then it’s probably not something I’m going to look at too closely.”

In the early days of utilizing their system, Arthur says there was a tornado heading toward one of the campuses. The alerts went out and were received, but no one was taking it seriously. Arthur called over to tell them they needed to get everyone in the stairwells and basement, so they complied. “After about an hour, I got another phone call. They had been down in the stairwell, but nobody had called them to tell them it was okay,” he says.

“So part of this maturation process has been a maturation of expectations. The system worked, it did what it was supposed to do, but the realistic expectation of the staff involved at that building, the two hadn’t met.” Human resources worked hard after that to come up with policies that make it clear that personal safety is of utmost important. “There’s always a learning curve, and you can always find ways to do things better, and technology is not always the sole answer,” Arthur says.

Because safety is of vital importance at Cleveland Clinic, utilizing a mass notification system was a given, says Evans. Full implementation took about two years using a tiered approach. First, they focused on incident management, which took a couple months, then on caregiver mass notification, and finally on text opt-in capability for patients and visitors. “If anything is happening around the area or within the hospital campuses themselves, patients and visitors will also be in the know,” he says. 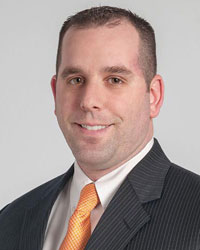 “Robust plans have to be developed, implemented and tested on an ongoing basis,” says David Evans, program manager of Emergency Management at Cleveland Clinic. Photo courtesy of Cleveland Clinic

The team has noted that text messaging is the most efficient and effective way to communicate with caregivers, even though there are calling capabilities. “If they’re in a meeting or they’re off campus or they’re unable to pick up the phone, they can just look at it and see what’s going on, what type of emergency, and respond appropriately, if need be,” Evans says.

The team has also set up their system so that the communication officer can send out either a customized message or a preset one, depending on the situation. There’s a work leader to look over and double check the notifications as well. “We try to take out as much of the administrative work as possible when it comes to real life situations. For example, if somebody on the authorization list calls in and wants a customized, specific message sent to only a specific facility, the communications officer just pulls up the location, types in the message, clicks send, and everything is already done administratively in the background,” says Evans.

When the Republication National Convention came to Cleveland recently, the organization was ready for anything. “We had specified scenarios all ready to go,” Evans says. “We didn’t activate those specific scenarios, but the screen was up and we were ready to hit the send button on almost any type of situation that could have happened in downtown Cleveland.” The emergency management department also uses their mass notification system for severe weather notices, utility outages and incident management activations.

Why Organizations Should Still Care About BYOD

How Mass Notification Protects Schools and Reduces Stress in K-12

How to Utilize Game Theory for Security Awareness