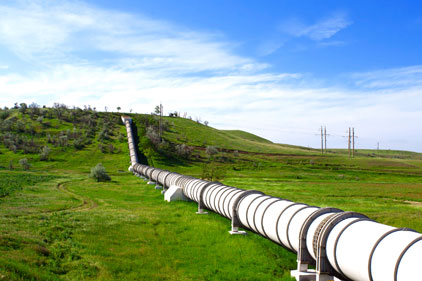 There are millions of miles of oil and gas pipelines that are critical to the world economy. A lot depends on the safe and environmentally sound operation of networks of pipelines spanning long distances through remote areas and varied terrain. Pipelines must be protected against sabotage, vandalism, supply disruption and monitored for leaks and pipeline breaks. One highly effective modality to address these needs is smart thermal analytic cameras.

When combined with video analytics, thermal cameras can offer real-time, pre-emptive security with instant notification about security violations that occur over large outdoor areas. Recent advancements in the sensitivity of thermal imagers, combined with sophisticated image processing, now allow thermal cameras to deliver very clear images regardless of rain, humidity, fog and bright sun, delivering detail approaching a black-and-white video instead of the blurrier images once associated with the technology. Image processing is also used to detect human intruders with high accuracy while ignoring nuisance alerts from wind, vibrations, small animals, trees or blowing trash. The result is a viable, round-the-clock security solution that simultaneously detects and visually represents the nature of an intrusion in real time.

The economics of thermal camera systems also support their use for pipeline applications. These economics become clear when examining “per-foot” costs of securing a perimeter. While many manufacturers do not present their pricing in this way, the costs can be calculated, and the results are motivating a wider range of customers to adapt this approach. Thermal analytic camera systems are now available at an MSRP as low as $10/foot, making the most accurate perimeter security technology very competitive cost-wise in addition to providing superior performance.

Another cost advantage is gained through the use of long-range cameras that reduce the number of cameras needed. Fewer cameras equates to less infrastructure (poles, power and communications), while lowering costs. Also, thermal imaging detects targets without the need for visible lighting with infrared (IR) illuminators, which are often not practical for large pipeline applications; visible lighting is expensive, and introduces concerns about “light pollution” impacting nearby neighborhoods.

In addition to the pipeline itself, every pipeline system has critical nodes along its path – pumping stations, for example – that also must be secured. Newer thermal cameras that use a higher degree of image processing to cover longer-rangesand can create a volumetric buffer zone around a pipeline or related asset to provide early warning about when and where people approach the pipeline and send accurate alerts before an incident occurs. Thermal cameras supply more than just security, too. Because they “see” heat, they are also useful for leak detection both day and night and ensure early warning of a potential disruption to supply delivery or the environment.

Pipelines pass through very harsh environments, so a thermal camera must withstand and survive the elements. To ensure dependability and continuous accurate coverage, outdoor cameras are protected from humidity, sand and extreme temperatures. Otherwise, normal expansion and contraction due to thermal changes throughout the day could allow grit, dust or humidity to enter a camera's housing and impact the electronics and/or cloud the lens. Sealed, nitrogen-purged cameras tested to meet NEMA 4X standards withstand harsh environments that can be characteristic of pipeline surveillance applications.

Accurate detection is an especially important consideration for pipelines located in remote areas. When security and business operations receive accurate information they can mount an appropriate response to the nature of the alert. Ensuring effective security and operational efficiency is critical given the impact of the existing millions of miles of pipeline infrastructure on the world economy. New thermal cameras are a useful and cost-effective technology for these applications.