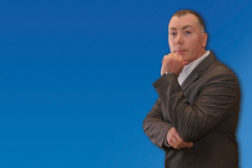 Keven Marier
At the 2007 IMS Analytics Conference in Amsterdam, it was forecasted that the VCA (Video Content Analytics) market would penetrate 40 percent of the security video market. This forecast obviously was prior to the great worldwide recession, however it still proves that there is such a thing as a “hype curve of growth.” This estimate was obviously higher than what has been realized over the past four years.
Read More
Subscribe For Free!
More Videos