Duncan Greatwood is CEO of Silicon Valley-based Xage Security Most recently, he was an executive at Apple, helping to lead a number of Apple's search-technology projects and products, having previously served as CEO of social media search and analytics leader, Topsy Lab (acquired by Apple in 2013). Prior to this, he was founder and CEO of PostPath Inc. (acquired by Cisco in 2008), and held roles in engineering, product marketing, corporate development, and sales at Virata and Madge Networks. Duncan holds a B.A. (Mathematics) and M.Sc. (Computer Science) from Oxford University and an M.B.A. from London Business School.

Late last year, it was announced that the major aluminum manufacturing firm, Norsk Hydro AS, received a $3.6 million cyberinsurance payout – the first around highly publicized, extensive cyber breach of March 2019. The large ransomware attack struck the company’s U.S. facilities – before spreading throughout the company, resulting in millions of dollars lost – destabilizing Norsk Hydro’s operations until the summer months. The payout covered merely six percent of the multi-million-dollar costs created by the incident and its aftermath. 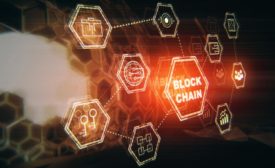 Is Blockchain a Breakthrough Cybersecurity Solution?

Duncan Greatwood
From building management to industrial operations to the energy industry, the security of machines and hard assets is converging with cybersecurity.
Read More
Subscribe For Free!
More Videos