8.9 million criminal offenses reported to the FBI in 2020

The Federal Bureau of Investigation (FBI) released detailed data on nearly 8.9 million criminal offenses reported via the National Incident-Based Reporting System (NIBRS) in 2020. The Uniform Crime Reporting (UCR) Program’s latest report, NIBRS, 2020, presents data about 23 offense categories comprised of 52 offenses. It also presents arrest data for those crimes, as well as 10 additional categories for which only arrest data is collected. 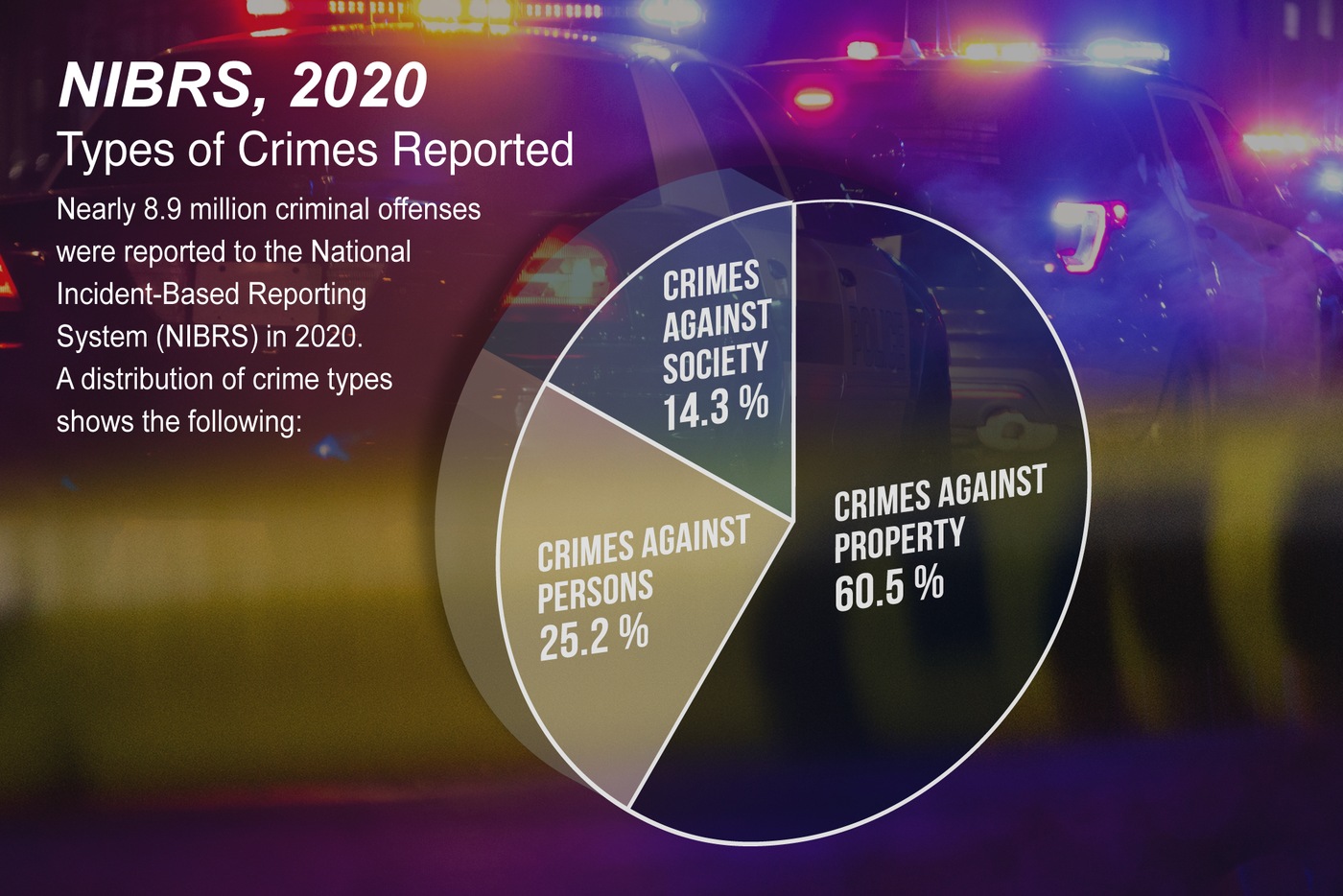 The 9,362,709 victims reported via NIBRS include individuals, businesses, institutions, or society as a whole. For 2020, the data regarding the 6,597,394 victims who were individuals reveal the following:

Law enforcement reported information about 7,173,072 known offenders, meaning some aspect of the suspect—such as age, gender, or race—was known.

2020 NIBRS data and companion documents are available exclusively on the Documents and Downloads page of the FBI’s Crime Data Explorer (CDE). The downloadable files also provide details such as location, time of day, and clearances at the incident level.

Users can also access other types of data on the CDE. Previous editions of the NIBRS publication contain data from 2011 through 2019.