ESET researchers discovered a previously undocumented backdoor and document stealer used for cyber-espionage. ESET has been able to attribute the program, dubbed Crutch by its developers, to the infamous Turla APT group. It was in use from 2015 until at least early 2020. ESET has seen Crutch on the network of a Ministry of Foreign Affairs in a country of the European Union, suggesting that this malware family is only used against very specific targets. These tools were designed to exfiltrate sensitive documents and other files to Dropbox accounts controlled by Turla operators.

“The main malicious activity is exfiltration of documents and other sensitive files. The sophistication of the attacks and technical details of the discovery further strengthen the perception that the Turla group has considerable resources to operate such a large and diverse arsenal,” says Matthieu Faou, an ESET researcher who investigates the Turla APT group. “Furthermore, Crutch is able to bypass some security layers by abusing legitimate infrastructure – here, Dropbox – in order to blend into normal network traffic while exfiltrating stolen documents and receiving commands from its operators.”

In order to have a rough idea of the working hours of the operators, ESET exported those hours at which they uploaded ZIP files to the Dropbox accounts they operate. For this, researchers collected 506 different timestamps ranging from October 2018 to July 2019, as this should show when the operators were working and not when the victims’ machines were active. The operators are likely to operate in the UTC+3 time zone.

Working hours of Crutch operators based on the uploads to Dropbox zone. 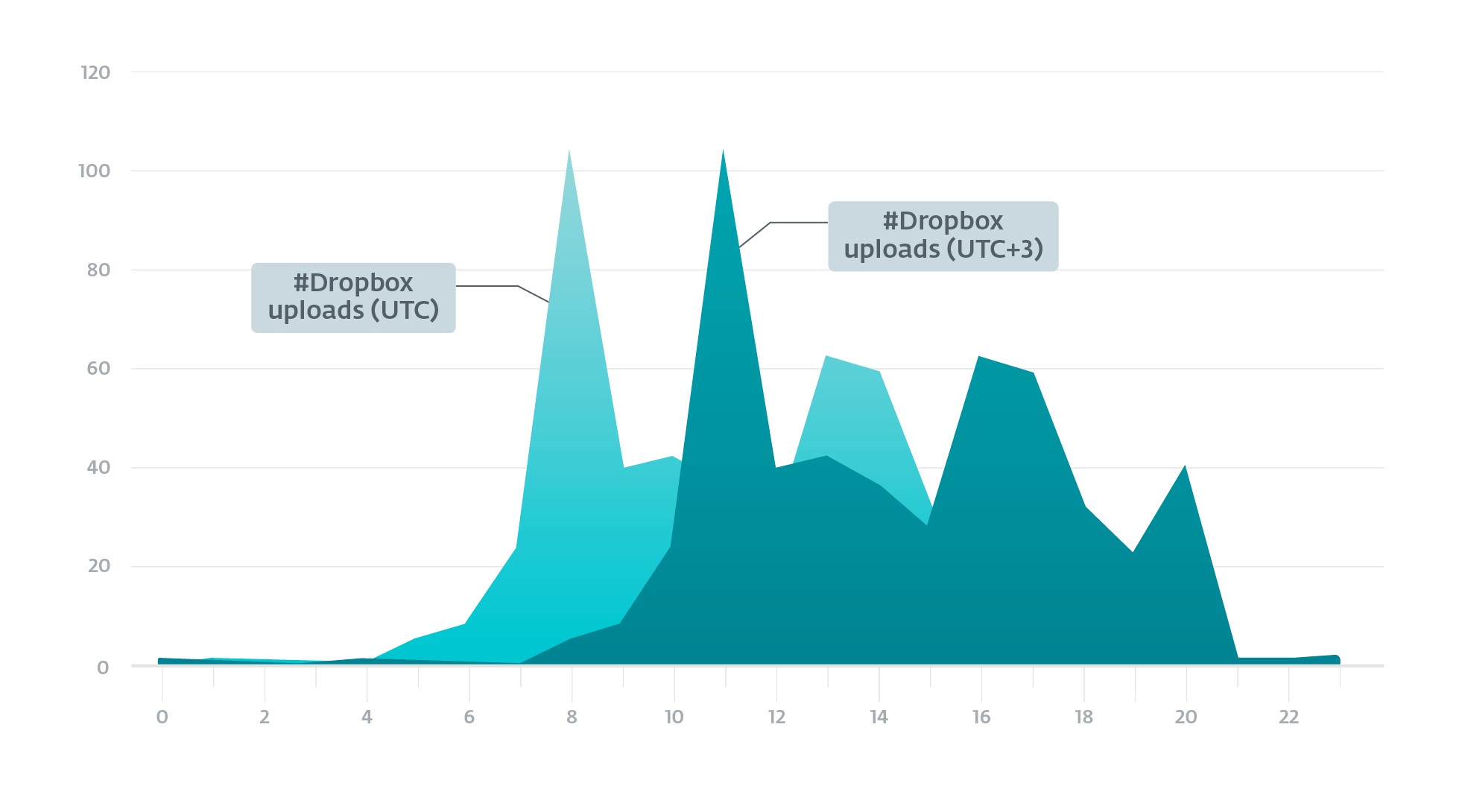 ESET Research was able to identify strong links between a Crutch dropper from 2016 and Gazer. The latter, also known as WhiteBear, is a second-stage backdoor used by Turla in 2016-2017.

Turla has been an active cyber-espionage group for more than 10 years. It has compromised many governments, especially diplomatic entities, all around the world, operating a large malware arsenal that ESET has documented over the last few years.

For more technical details on how Turla Crutch attacks and collects sensitive information, read the blog post “Turla Crutch: Keeping the ‘back door’ open” on WeLiveSecurity.com.