These findings come from the 2019 (ISC)2 Cybersecurity Workforce Study, which polled 3,237 individuals responsible for securing their organizations’ critical assets in North America, Europe, Latin America and Asia-Pacific. Women accounted for 975 - 30 percent - of overall respondents, up from 24 percent the year before. While men still make up a majority of the cybersecurity workforce, the growing percentage of women, and their positions within organizations, suggests cybersecurity provides a rewarding career path for women who choose to pursue it, says (ISC)2.

Women cybersecurity professionals comprised 30 percent of survey respondents, an increase of six percentage points over the prior year’s survey. While additional research is necessary to more confidently predict how many women are working in the field (now estimated at 2.8 million men and women globally), survey respondents – both women and men – estimated that women comprise more than 30 percent of their teams.

The study also provides clear evidence that many women (63 percent) working in cybersecurity planned to get into the field at least as early as their college days. Only 54 percent of men had the same plans. It is possible that some women were interested in cybersecurity even earlier than that. In recent years, academia, nonprofits, businesses and governments have launched initiatives to draw girls to computer sciences – and STEM fields in general – at an early age and those efforts may be paying off.

Survey results reveal that women under the age of 45 had a significantly higher interest in pursuing cybersecurity education compared to those aged 45 and above (69 percent vs. 37 percent). The rate was even higher with women aged 25-34 compared to women aged 35-44 (75 percent vs. 60 percent).

As a whole, the (ISC)2 study found women and men in cybersecurity report similar satisfaction levels with their work, with 69 percent of women and 66 percent of men saying they are either very or somewhat satisfied. The number is more skewed toward women in the “very satisfied” category – 34 percent vs. 27 percent of men.

The study also reveals that a majority of women cybersecurity professionals are successfully progressing in their careers. Nearly one-third (32 percent) say they are “exactly where I was expecting to be with my career,” compared to 20 percent of men. Another third (33 percent) of women say they are “very close” and 22 percent “moderately close” to where they expected to be.

Looking ahead, more than half of women in cybersecurity (53 percent) say they “have a good idea” of their desired career path, compared to 48 percent of men. Overall, women in cybersecurity seem to have clearer expectations than men in how they envision their career tracks and the level of success they’ve attained.

More women than men (22 percent vs. 13 percent) cited discrimination as a challenge they’ve experienced during their career. In other areas, such as “unclear career path opportunities,” “lack of available cybersecurity positions” and “cost of cybersecurity certifications,” men and women respondents were never more than five percentage points apart.

When asked about success they have achieved in their careers, men scored higher than women in some crucial areas often directly attributed to satisfaction and professional achievement. 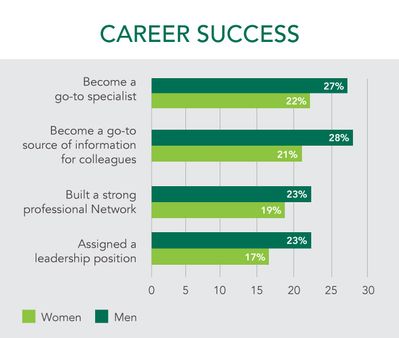 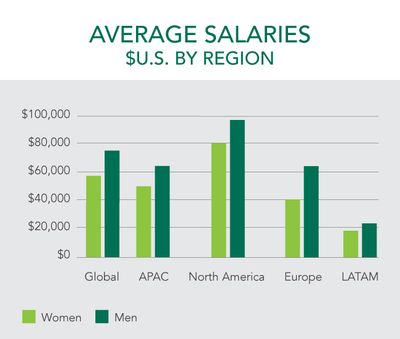 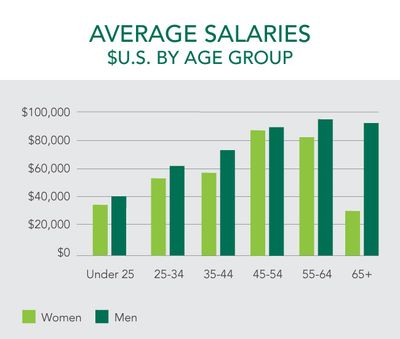