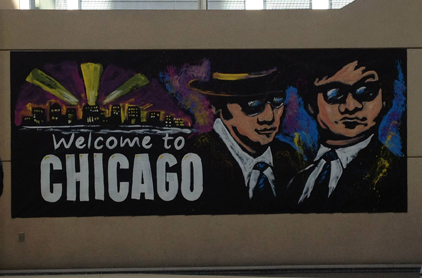 Two weeks ago, ASIS International Seminar and Exhibits arrived in Chicago, bringing plenty of flash in its opening ceremonies, as well as plenty of possible security solutions on the show floor, as manufacturers seek to help enterprise security leaders get more from their existing investments in analog systems.

But all of the flash of the opening ceremony didn’t overshadow the message: the goal of ASIS, an 38,000-member organization, is to help security leaders and users understand their business and how best to contribute to the bottom line (Strategic); enabling them to seek knowledge, collaborate with partners and pursue additional education while being aware of and participating in the development and adoption of standards (Smart); and  are you working to give the word “secure” a new and higher meaning (Secure).

So how did vendors meet these expectations on the opening day of ASIS International 2013? By building on cooperation between stakeholders, users and technology, the Security editors saw an increase in convenient security, often made possible through biometrics (iris-authenticated access control, for the most part, with some fingerprint verification). SRI Intenational, for example, is enabling clock-in and clock-out functions using iris biometrics, which would significantly mitigate the risk of employees stealing time and clocking in for each other. While weaknesses were certainly acknowledged concerning the iPhone 5S’s fingerprint biometric verification, the consensus was that the application will introduce biometrics and smartphone security to more people, which would be a big step forward.

On the surveillance side, there has been a big push to integrate analog cameras with IP capabilities, either through encoders or software. ComNet introduced a new switch that changes Coax cable to Ethernet and extends distance possibilities to 2,000 feet, reducing the need to rip and replace cable, especially in larger enterprises with established analog infrastructure.

There was also a focus on small and mid-sized businesses, and many programs that are frequently noted for residential deployments are being used for these applications: mobile surveillance, building automation (thermostat, lights), remote alarm arming, equipment alerts and theft detection devices, for example. These solutions would increase a small business-owner’s awareness of what happens in his or her store, enabling them to, hopefully, take a small vacation.

Dropping prices have also led to an increased push on thermal or low-light imaging. FLIR is using thermal imaging for business intelligence and equipment monitoring as well – by using thermal cameras to monitor the temperature of certain industrial or electric sub-station components, security and maintenance personnel can know it’s going to fail before it does, which can speed up repairs and keep down-time to a minimum.

Keep an eye out for more on these trends in 2014 – we heard lots of chatter about new initiatives to be launched at ISC West 2014, and Security will keep striving to bring you the newest and best technology to help your security initiatives.