How Mobile Apps Can Solve Investigations and Add Value 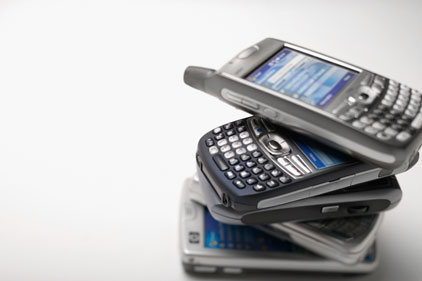 To understand how significant the mobile application market is around the world today, you just need to review the numbers.

At this year’s Mobile World Congress – the international trade event for people in the mobile communications industry – attendance records were shattered. More than 67,000 visitors from 205 countries attended the four-day event in Barcelona, Spain. Among those visitors, 3,500 were chief executive officers, and more than half of the attendees were C-level personnel, attesting to the importance of the mobile apps industry.

The adoption of the mobile phones, tablets and other smart devices that are used with these apps have gone from leading edge to everyday use.

The road to mobile apps

The availability of advanced mobile networks is one of the driving factors in the adoption of mobile apps. The first generation of standards was introduced in the 1980s. The radio signals that 1G networks used were analog, and they offered voice and very limited data services. The radio signals of second generation standards were no longer analog but instead were digitally encrypted. Going all-digital opened the door for digital data services such as email and SMS text messages.

Since then we’ve more rapidly moved to 3G and 4G – the former bringing on broadband data and the latter ramping this up to high-speed broadband that enables streaming video and other capabilities. By 2015, it’s predicted that 84 percent of people will be smartphone owners and operators.

Mobile technology is so prolific that even the security industry, notorious for its slowness to adopt new technology, has gotten onboard.

Within the physical security market, mobile apps can take security professionals into the field so they can make the best decisions possible based on real-time intelligence. This is a means to provide security on-the-go because mobile apps and the devices that host them create a constantly on and connected environment.

No longer tied solely to the command center and the computer screen, mobile apps allow for remote monitoring and forensic investigation on-site or hundreds of miles away.

Consider this real-life example: Casually working around the house, a man is surprised when he received an alert on his iPhone showing him live video of someone breaking into his downtown office. Integrated with his digital video recorder, he had installed the mobile app for his customer demos, never really thinking he would have a real life opportunity to put it to the ultimate test.

But there it was: video showing a man breaking through the front door of his office and stealing valuable equipment. He opened up the remote streaming video and provided the 911 dispatch play-by-play information on where and what the thief was up to, including when he walked out of the building, and the make, model and color of the vehicle. His account was so accurate that by the time he was driving to the office, he passed the police on the side of the road where they had pulled over the suspect.

With the truck full of stolen equipment and the video footage, the police certainly would have ample evidence to prosecute and convict.

Leaders within the security industry have begun to develop apps such as this that extend the capabilities of existing security products, whether it is video management software or access control systems. Through the use of an app, security officers or business owners can remotely monitor video; control pan-tilt-zoom cameras with standard pinch and zoom gestures; display multiple, simultaneous video streams; search for and playback video; and even email a snapshot from a video and send it to someone else – all while on the go.

In developing apps for the security industry, the goal is not to replicate the standard desktop experience or to replace it. But rather, it’s about making sure the interface and user experience will have added value.

What the future holds

So what are the next steps in the mobile app world? Certainly one of the leading ones for companies wanting to create apps for their customers is what operating system will emerge as the leader. Another area that will impact future apps includes near field communication – a standard whereby smartphones in close proximity to or touching each other can carry out a transaction or exchange data.

Finally, developers are continuing to explore the means whereby a single app can be used to bring multiple, independent systems into a single platform, such as connecting video monitoring, event management, access control and the like. This combination of functionalities will provide a great value-add for security professionals.

Adding value is what apps are all about, especially now as they continue to roll out into the marketplace. The capabilities they provide are meant to enhance existing products, not replace them, and to open up users to a new world of possibilities.

Chris Ryan is product manager for mobile apps at Tyco Security Products, Westford, Mass. He can be reached at chrisryan@Tycoint.com
Subscribe For Free!
More Videos