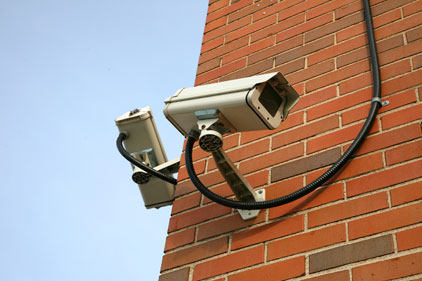 Image processing is the key for making perimeter security cameras both accurate and cost-effective. By providing the appropriate level of onboard processing power, smart perimeter cameras are able to detect intruders over greater ranges – twice the distance and four times the area of alternative solutions. Longer-range detection means fewer cameras are needed for the application, lowering infrastructure needs accordingly. The project cost savings that can be realized from extended camera range can be as high as 50 percent, stemming primarily from elimination of extra cameras and poles, construction, trenching, power and network connectivity. These infrastructure costs can be the most expensive portion of an outdoor video deployment, and using longer range cameras keeps them low.

Another advantage of greater camera range is the possibility of less expensive mounting options. For example, it would be possible to mount a camera on a building instead of using an extra pole if the camera's range is long enough to reach the surveillance area from the building's location where power and network connectivity are more readily available. Further, waterside applications pose even larger obstacles for mounting cameras because you can’t put poles in the middle of an active waterway. In these cases, such as protecting ports or dams, longer-range cameras allow you to achieve security objectives in a practical, less costly manner.

Of course, all of these benefits depend on the ability of a video analytics camera to detect intruders accurately across the full range of the camera. Once again, image processing is the key for successful use.

Smart perimeter cameras are designed to detect movement, but outdoors, everything moves. Trees, foliage, small animals and blowing debris can overload security operators with nuisance alerts and undermine trust in the system. When using longer-range cameras, it’s important to know the actual size of all objects in the camera’s field of view, which can be achieved through GPS analytics. By knowing the precise location of the target, you can accurately measure the size of the target and apply appropriate size filters to eliminate movement that does not represent a security concern, while still detecting security intrusions under all conditions. For example, a dog near the camera might take up 50 times more area of the video image than a man in the distance. Yet a smart camera needs to ignore the dog while alerting on the man anywhere in the field of view.

Another challenge for longer-range cameras has to do with filtering the movement from wind and machinery, which cause a camera pole to sway. Even slight movement for a camera looking hundreds of meters will cause the entire scene to move, resulting in an overwhelming number of nuisance alerts. Cameras that employ sufficient image processing can first electronically stabilize the image before the video analytics are applied, and remove camera movement as a source of false alarms, ensuring greater detection accuracy over larger areas.

It is also critical to accurately assess a camera's true detection range when using longer-range products to eliminate gaps along the perimeter where an intruder might pass undetected.

The ability of longer-range cameras to minimize system costs paves the way for greater use of sophisticated intelligent video systems and makes such systems cost-competitive in mainstream perimeter applications.