Companies and their Boards are struggling with increased regulatory burden and the risks associated with operating in emerging markets.  Regulators are challenging corporate compliance and governance models as companies aim to mitigate risk while shareholders expect growth.  The changing landscape for cross-border disputes, bribery and corruption and cyber-crime continues to test compliance and governance models, especially in new markets.

Within days of reports about the National Security Agency’s electronic surveillance efforts, it was revealed that French intelligence services operated a similar system with minimal oversight, The New York Times reports. Last week, with little public debate, the French legislature approved a law that critics fear would expand electronic surveillance of French residents and businesses. The provision was quietly passed as part of a routine military spending bill, and it defines the conditions under which intelligence agencies may gain access to or record telephone conversations, emails, Internet activity, personal location data and additional electronic communications, the article reports.

Braggarts never prosper: A British man has been charged with hacking into U.S. government computers and stealing data about thousands of employees, then boasting about it on Twitter. 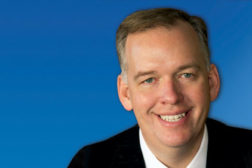 How to Address International Incidents and Investigations