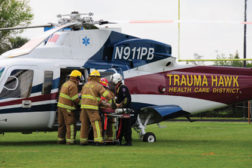 Four years after a student gunned down 32 people in a rampage, Virginia Tech University officials remain adamant that they did nothing wrong by waiting two hours to warn the campus that a gunman was on the loose. Virginia Tech says it acted reasonably based on standards in place at the time and doesn’t deserve the $55,000 fine that the U.S. Department of Education imposed on the school for violating federal law with its response the day of the shootings. As of press time, they had yet to decide on whether or not to appeal the fine.