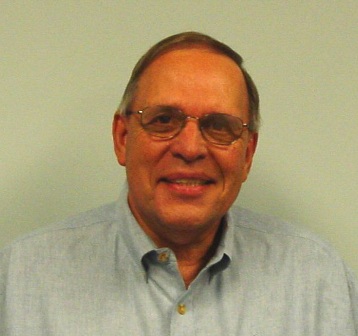 The first factor is that signal transmission continues to migrate from point-to-point cable to a networked platform. In doing so, the traditional network devices traditionally responsible for trafficking signals over a network do not offer the functionality required specifically for video surveillance and security applications.

For example, a conventional network switch will indicate if there’s a valid network connection and if data is present. This is not adequate for networked video surveillance systems. Video streaming requires consistent signal transmission; without that, complete, fluid images cannot be transmitted, viewed and/or recorded. A conventional network switch will not tell you if you are consistently transmitting a D1 quality signal at real-time video rates. There are also other considerations such as input alarms, auxiliary outputs and the ability to handle other forms of communications. The second factor is that digital security systems store their information predominantly on hard disk drives (HDDs). Unfortunately, there is a widespread misconception in the security industry that HDDs and digital signal processing have solved the woes we all once experienced when analog video recorders were the preferred recording media in the industry. Although recording quality and performance have improved immensely with digital video recorders or DVRs, there are still serious issues at hand affecting security systems every day. The truth is that HDDs are very sensitive to environmental conditions, and have been in use by the computer industry for years without much attention to this all-important issue. The reason for this oversight is that HDDs were not developed to rotate non-stop 24/7 in computers as they now do when embedded in a DVR. The result is excessive heat. Combine DVRs in enclosed rack systems, and the problem escalates. Operating at the extreme limits of a DVR’s operating temperature range can reduce life expectancy by as much as 40 percent. In addition to dramatically increasing the total cost of ownership for DVRs, there’s the issue of lost, irreplaceable data if the HDD ceases to operate. These two factors alone have provided the impetus for us to develop more advanced network transmission and environmental monitoring solutions specifically for video surveillance and security applications.
Security Magazine: What are the main considerations when planning or evaluating video surveillance and security network infrastructure?
Fernandes: Bandwidth is the most important single criterion when designing a networked video surveillance and security system. There are generally two misconceptions our staff encounters frequently. The first is that the specified available port bandwidth of a network is completely available for trafficking video surveillance signals. In reality, only about 50 percent of the specified bandwidth is actually present after system overheads are accounted for. This problem is compounded as network recording and viewing operations and applications both require additional bandwidth further diminishing available bandwidth. The second misconception is that this bandwidth is always available. In many instances, IP video security system operations share a network with traditional IT operations. As a result, there will often be times when an individual camera may not be available for either viewing or recording from lack of “available” bandwidth as a result of network traffic. This is simply not an acceptable situation for video surveillance and security applications.
Security Magazine: Can IT and security coexist?
Fernandes: Given the continued migration to networked video surveillance and security systems, I believe we will see relationships between IT and security professionals also continue to grow. If only one backbone exists, there will inevitably be issues to be resolved as a result of using a shared network. The best way to achieve this is to divide functionality between IT and security personnel so that each maintains control over their respective functions without affecting the other. “There is a widespread misconception that HDDs and digital signal processing have solved the woes we all once experienced when analog video recorders were the preferred recording media,” observed Jack Fernandes, president and CEO of American Fibertek.