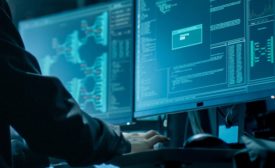 5 Ways to Reduce Your Attack Surface

Tim Woods
In the simplest terms, the “attack surface” is the sum total of resources exposed to exploit within your enterprise. Defending the attack surface was a lot less complicated when a defined corporate “perimeter” existed, neatly separating a company’s assets from the outside world. But, next-gen technologies (e.g., cloud computing and software-defined networking) have dissolved the perimeter, causing the attack surface to grow exponentially.
Read More
Subscribe For Free!
More Videos