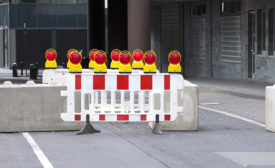 Scott Espensen
In the United States, as well as internationally, vehicle ramming attacks continue to rise. As of early October 2017, there had been a minimum of seven major attacks worldwide resulting in 24 people dead and another 153 injured. As a result of this recent trend, there is an increased interest in perimeter security for different applications beyond traditional government and military operations.
Read More
Subscribe For Free!
More Videos