From businesses to schools and communities, how are organizations around the globe deploying security cameras in a cloud-based video management system (VMS)?

The report reveals security trends and insights as to how organizations decide on the number and locations of their cameras to improve safety and security operations.

Sixty percent of cameras are used for cloud-only video recording, while 40% combine a mix of cloud and on-premises recording. There was an increase in the number of larger enterprises moving to cloud video surveillance in 2021; the higher number of security cameras in each building for larger enterprises requires more onsite storage due to bandwidth limitations.

The shift resulted in a slight increase in the percentage of organizations deploying mixed-cloud plus on-premises video recording compared with last year’s data. The percentage of cameras with combined-cloud and on-premises recording (versus cloud-only recording) increased between 2016 and 2019 and has been fairly stable over the past three years. 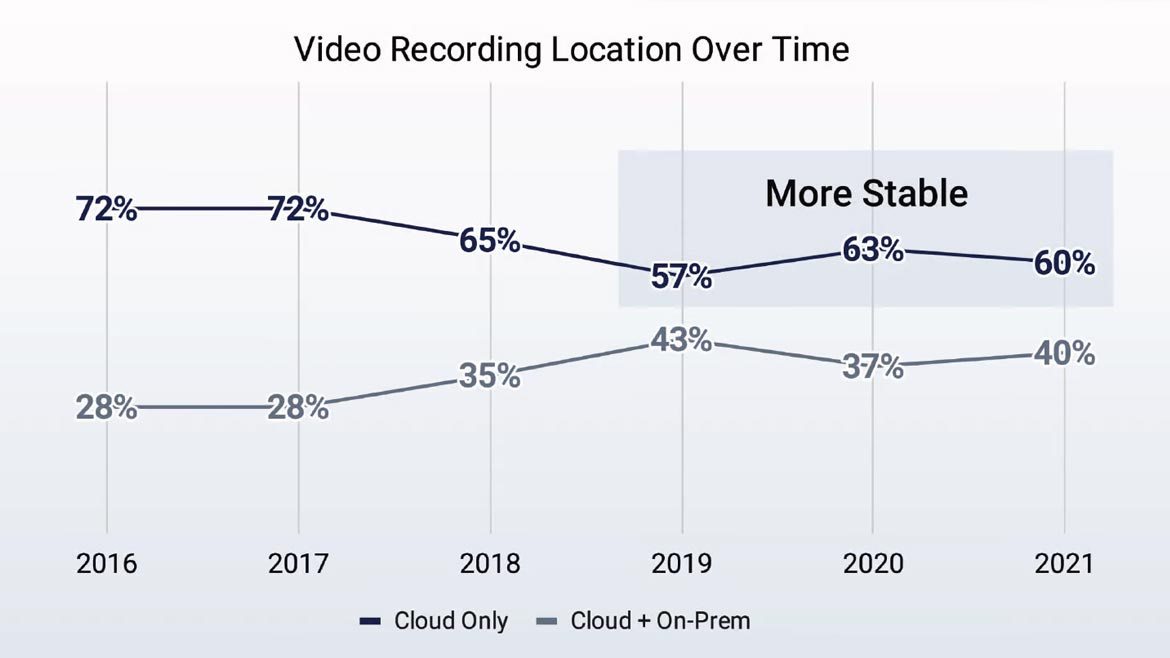 Although there is variation, for 180 days retention and above, highly represented sectors include medical, educational institutions, financial, government, hospitality and multi-unit residences. More regulated industries, such as banking, law enforcement and the cannabis industry, generally require longer retention, with some contract recordings requiring a full seven years. 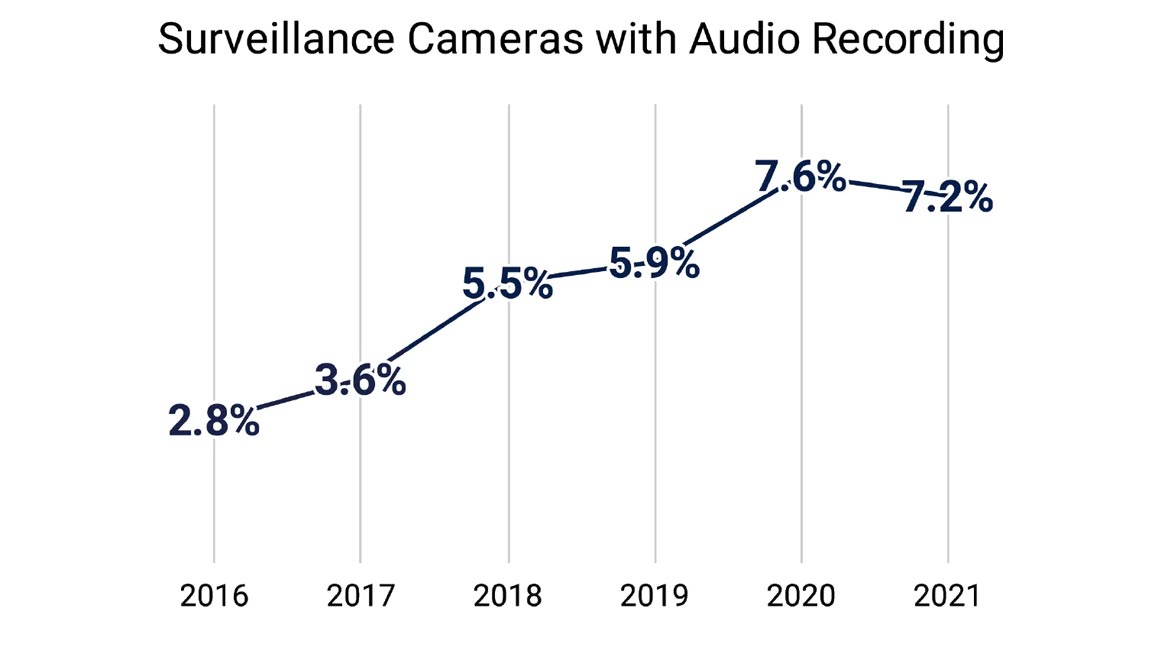 Security camera video analytics track and provide real-time alerts to particular events. They can also be used to search forensically for events that have already occurred. The report examined the four most common physical security analytics to determine their relative level of use.

The four most commonly used security analytics, according to respondents are: 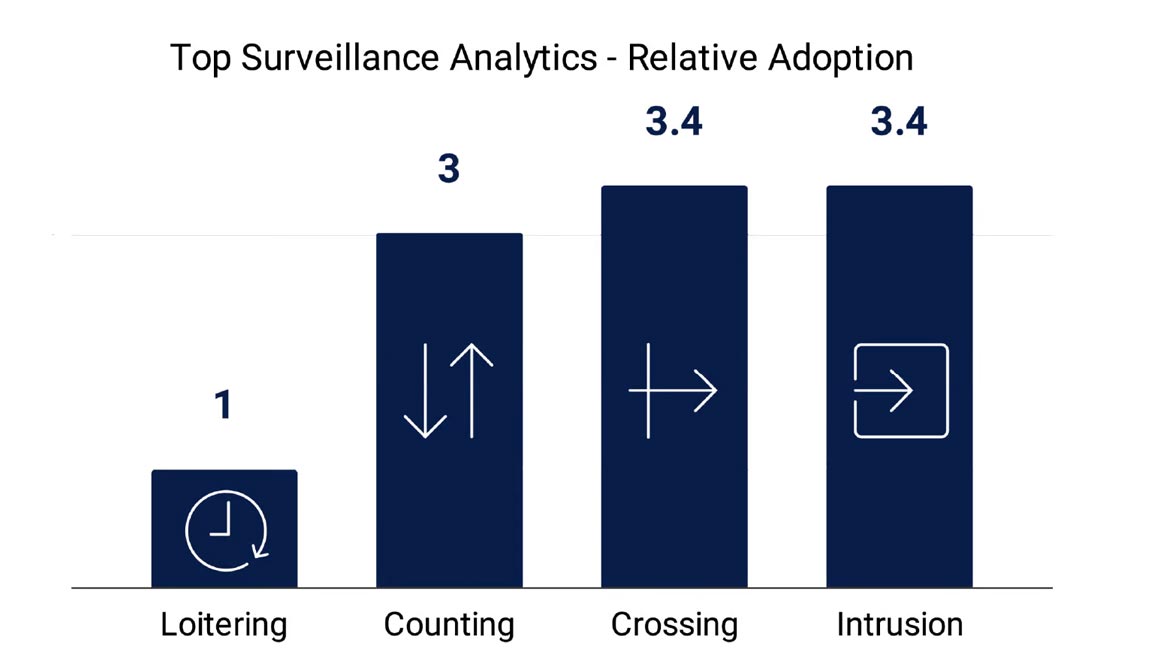 This year, crossing analytics caught up with intrusion for a two-way tie for the most deployed analytics, closely followed by counting analytics. Loitering remained the least-used application, with deployment levels one-third or less compared to the others.

The more recent artificial intelligence-based analytics available in the market, including license plate recognition and traffic monitoring, are still in earlier stages of adoption and did not show up in this study with a significant level of response.

The report can be helpful for security leaders and their organizations looking for insights on moving to cloud-based video surveillance camera systems.

For the full report, visit www.een.com.