The Open Web Application Security Project (OWASP) has released an updated draft of its ranking of the top 10 vulnerabilities. The draft release marks the first changes to the list since November 2017.

The OWASP Top 10 — primarily an awareness document —  has been used as a de facto industry standard since its inception in 2003.

According to OWASP, this installment of the Top 10 is more data-driven than ever — but not blindly data-driven. OWASP selected eight of the ten categories from contributed data and two categories from an industry survey at a high level. It takes time for AppSec researchers to search for new vulnerabilities and different ways to test for them, and the process of integrating into various tools and processes can be quite lengthy.

To continue to mature the Top 10 — which takes several years — OWASP implemented a couple of category changes to offer additional training benefits as companies can focus on CWEs that make sense for a language/framework, OWASP says. There are three new categories, four categories with naming and scoping changes, and some consolidation in the Top 10 for 2021.

He adds, “It’s noteworthy to see the continued generalization of categorization, merging attacks that are tactically unique but share some conceptual tissue. Additionally, I applaud the modest bump of the importance of Security Logging and Monitoring. In some respects, this reflects further maturation in the software security space that recognizes application security is not strictly self-contained integrity within the app but incorporates an application’s capacity to accurately and actionably communicate its state outward.”

Although there has been much discussion about the overlap between the Top Ten risks, by definition of each (including the list of CWEs), there isn’t any overlap, OWASP says, but conceptually, there can be overlap or interactions based on the higher-level naming, as shown below. 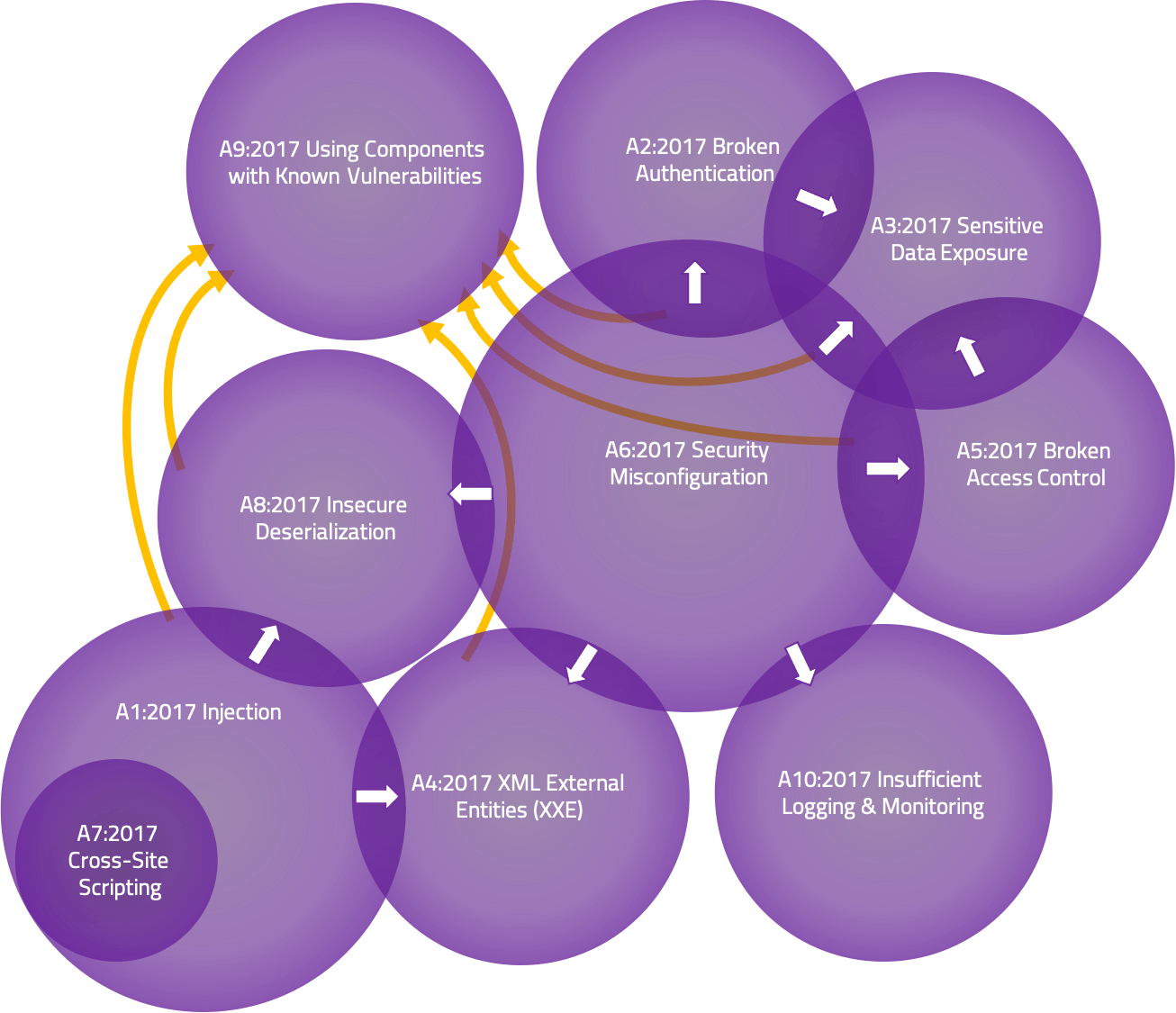 The Venn diagram represents the interactions between the Top Ten 2017 risk categories. Image courtesy of OWASP

Ben Pick, Senior Application Security Consultant at nVisium, a Falls Church, Virginia-based application security provider, says, “The OWASP Top 10 is not intended to be used for compliance purposes, but it is often looked at in this manner. The listed items are meant to drive awareness of trends across the industry regarding vulnerabilities and exploits faced by the companies who volunteered their data — particularly for those who may not have a security background. Overall, this living document matches the risks I have observed within various assessments, and I will continue to use this resource to learn about new types of threats. The OWASP Top 10 is still in draft form and will be edited and improved as more of the security industry reviews the content.”

Editor's note: All data and findings belong to OWASP.

US defense contractor in talks to buy NSO Group's spyware

What the "Bad Neighbor" vulnerability means for enterprise security