By Diane Ritchey
“It is not length of life, but depth of life”
– Emerson Ralph Waldo

A few months ago I shared some exciting news with you: the establishment of the first Bill Zalud Memorial Award for Professional Excellence by the International Foundation for Protection Officers (IFPO). Now, I’m thrilled to announce the first two recipients of that award for professional excellence and/or outstanding service/acts in the contract security guard profession.

As you may know, after Bill Zalud passed away in the summer of 2016, Sandi Davies, Executive Director of the IFPO, and Tom Conley of The Conley Group, a past IFPO Chairman, approached our team about establishing an award in Bill’s name for the work that Bill did with the IFPO and the contract security guard industry.

Last fall, the IFPO received a number of outstanding nominations, and together with Security magazine, we are pleased to recognize Dr. Maurice Aboud of Amalgamated Security Services Limited (ASSL) from Trinidad and Tobago as the recipient of the award, and SecTek of Reston, Va. as honorable mention.

Established in 1983, ASSL is the premiere private security company in its region, with 5,000 private security officers working in many leading organizations in the Caribbean. It provides services to government agencies, financial institutions, retail and industrial, in addition to large corporate and private enterprises.

“It is known throughout the world that security officers have limited formal education,” said Dr. Maurice Aboud, upon receiving the award. “IFPO Programs allow for theoretical and practical development of persons and help to educate and motivate officers as they become certified in their respective fields. This affords them specialized training, recognition, motivation and a greater sense of worth and competence.

“The IFPO Program content is aptly suited and sufficiently detailed not only for technical competence, but also for behavioral traits that are essential for effective supervisors,” he added. “IFPO supervisory programs serve as a foundation for the development of Field Supervisors who are designated to oversee security officers on duty. In addition, the CPO and CPOI Instructor Programs serve as the foundation for persons desirous of or engaged in training of security officers. These have become minimum criteria for persons serving in various capacities at ASSL. Most of all, it is a proven motivational strategy that improves the quality of Officers and Supervisors, resulting in improved service delivery.”

Each year, ASSL enrolls employees to attend the IFPO educational and development programs. To date, ASSL has more than 160 security officers who are IFPO certified with certifications, to include SSMP, CSSM, CPO and CPOI.

Dr. Aboud is a strong believer of the work that IFPO does to benefit the contract guard industry, at large. “As an organization, we strongly believe that working with the IFPO and standing by its certifications is positively impacting the regional security landscape where our security officers aspire to acquire their credentials and become security professionals.” 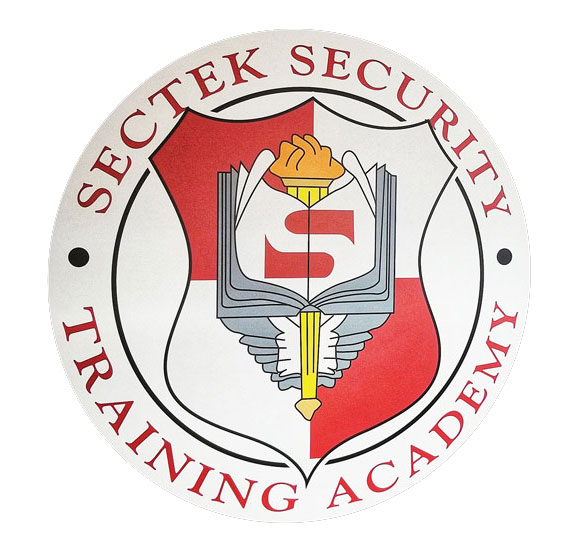 Award Honorary Mention went to SecTek, Inc. Ann Trinca, senior vice president of SecTek, is a member of the Professional Certification Board for ASIS, and currently an ASIS Board of Director. Trinca is also very committed to making available educational opportunities to its employees. At SecTek, Trinca kicked off her program initiative with the IFPO by enrolling and successfully passing the programs herself. Davies recalled a statement once made by Trinca who said, “It was clear from the beginning the IFPO certifications presented an excellent professional development opportunity for SecTek’s security officers.”

In its application for the award, SecTek’s described its philosophy to the security industry: “SecTek conveys to all its security officers, supervisors and managers that security is not a job, but an important career requiring individual commitment to learning and improving one’s knowledge and skills. SecTek is thus willing to pay 100 percent of the costs to support its security personnel in pursuing their CPO and CSSM certifications. Why? We want our officers to take pride in their work, which is greatly enhanced through the pride that results from achieving a well-known security certification. We encourage all our certified officers to put their certification designation after their signatures as a badge of honor.”

SecTek has incorporated the IFPO certifications into its own professional development program, noting that the IFPO CPO program is an excellent introduction to the broad roles of the security officer. Similarly, the CSSM program is an excellent way to develop the skills of both new and experienced supervisors and managers, Trinca said. “The reality is that the round-the-clock schedules of security operations make attending fixed classes a challenge to the majority of the workforce,” Trinca said. “Because the CPO and CSSM programs can be accomplished according to individual work, scheduling and family demands, the IFPO programs are a convenient and effective way to reach audiences who would otherwise not have the opportunity to pursue their continuing education. Earning the CPO is a milestone event for most officers; it is tangible proof that hard work and study pay off. More important than earning the certification, however, is the change experienced by our certified officers: they now see themselves as truly professional security officers.”

Trinca also paid homage to award namesake Bill Zalud, noting, “Bill Zalud sought professional excellence in the industry throughout his life. SecTek’s commitment to improving the career and life opportunities of its workforce embodies the spirit of the Memorial Award for Professional Excellence named in Mr. Zalud’s honor.”

Congratulations to Amalgamated Security Services Limited and to SecTek on this recognition. I am sure that Bill would be thrilled for both organizations. And thank you once again to Sandi Davies, Tom Conley and the IFPO Board for establishing this award in honor of Bill. His long and outstanding service to IFPO made a significant difference. As he did with Security magazine, Bill dedicated much time and effort to the IFPO. As an industry insider, his leadership was instrumental in making the Foundation the success it is today.

Plans are already underway for the 2nd Annual Bill Zalud Memorial Award for Professional Excellence. Nomination applications will be available on the IFPO website by March 1, 2018. The deadline for all submissions is October 31, 2018.

9 ways to protect manufacturing from ransomware