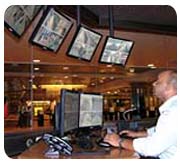 Pattern recognition can reach conclusions based on a facility’s video or images from a wider range of captures.

Pattern recognition is one of the best ways to link isolated incidents into a common enterprise. As such systems continue to mature, they will enable the highest levels of security. By capturing, recording and analyzing multiple inputs, pattern recognition software “connects the dots,” so security, law enforcement and first responders not only anticipate, but prevent threatened incidents from occurring.

The evolution of pattern recognition has its roots in the dramatic advances in intelligent video surveillance software.

Historically, there has really only been one basic tool for monitoring security video – the re-wind button. As a result, it’s been primarily restricted to forensic search. Today, intelligent video can provide instantaneous recognition of events as they occur in a single camera view. The next major advancement will come as intelligent video deploys across multiple cameras in a single facility or across multiple enterprises. With this advance, discrete activities will be linked into a common system to detect suspicious patterns of activity.

Examples of various activities that pattern recognition software is uniquely capable of detecting include people repeatedly observed taking pictures of a facility at different times or locations, or the same people making frequent visits in order to track schedules and learn how a particular facility is used and operated.

Pattern recognition provides a strength unique to software – a level of discernment that can identify patterns often overlooked by humans. A simple example is a security officer watching a perimeter at an airport or high rise office building. A car is parked along the fence on a Monday morning, but unless the officer investigates, it’s unknown whether this is an employee on break, just someone watching airplanes take off or a suspicious vehicle. If the same car appears at a different place along the fence on a Wednesday, the same officer may not be on duty, or he or she may not remember it. Even more significant, if the same car appears at the perimeter at other airports in the region, there is little probability that humans would be able to connect the incidents. Software can better identify such connections as a pattern emerges. 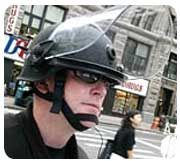 Pattern recognition detects repeated elements in two ways: Either the software looks at a number of data points and begins to create its own pattern (as in the case of a car parked multiple times along a fence), or the pattern is identified by an input such as a wiretap which directs the software to look for a particular type of pattern such as repeated visits to a facility by the same group of people. In both approaches, multiple inputs are key.

The purpose is to provide actionable information to help humans respond more rapidly and effectively. The more data points observed, the clearer the pattern becomes. In addition, results from stand-alone sensors such as smoke detectors, biometrics and card readers can be stitched into the framework of video to provide “video plus” awareness.

For example, access denials followed by a tailgating violation in a common zone may indicate that the individual was intentionally trying to evade detection and not just an employee leading a guest into a secure zone. In this way, integration of many inputs into a common data file helps responders quickly ascertain what is occurring, analyze it and take appropriate action.

The U.S. Department of Homeland Security (DHS) has expressed interest in monitoring information from video surveillance cameras installed at airports across the nation to detect patterns on a larger scale. Today, adjacent facilities in high-asset industries such as petrochemical production are beginning to design command and control facilities to share information about events along their common perimeters. Concerns such as suspicious objects left behind, loitering and vehicles improperly parked can be analyzed to comprehend whether an event or incident is happening in more than one location and to differentiate random occurrences from those with an increased level of intent.

This is the power and potential of pattern recognition.

Pattern recognition is nothing without the ability to collect video and sensor data as well as provide it to security in the field.

One example: Smiths Detection of Pine Brook, N.J., recently acquired LiveWave, a U.S. company that has developed software systems which network large numbers of sensors and video cameras with connections to remote viewing and recording stations. The goal: to fulfill a growing requirement for integrated packages of detection sensors and control systems, managed as a total security solution.

The technology concentrates on enabling security video systems for enterprise-wide network distribution, which is considered a core technology for an increasing number of security applications, notably in the mass transit and event security markets.

For almost a decade, enterprise security executives have discussed convergence, the bringing together of the security infrastructure with that of the information technology (IT) department. For many, this simply meant the co-mingling of physical and logical. But, the greater majority saw advantages in a converged system, including increased flexibilities in access to information, ease in distribution and storage of images, scalability and the other advantages such integration brings, according to Robert Siegel, GE, general manager, video and software solutions.

In this new world of physical access control and IT convergence, “open” is the operative word. Multi-vendor support is only achievable through the use of IT standards such as XML, TCP/IP, SNMP, LDAP and SMTP. The platform must support commercial off-the-shelf operating systems such as Red Hat Linux and Microsoft Windows in its many flavors, database platforms such as Microsoft SQL Server, MSDE, Informix, IBM DB2 Universal Server and Oracle Server, user directories such as LDAP and MS Active Directory, report generators such as Crystal Reports and common administrative utilities for system backups and fault tolerance. Likewise, it must seamlessly integrate with external applications, such as time and attendance systems, and peripheral devices such as printers.

With such standards, enterprises are able to achieve real time, bi-directional data exchange and actions between security systems and other infrastructure and applications, including their video surveillance, HR and ERP systems.

Brooks McChesney is president and chief executive officer of Vidient Systems, Inc., which designs, develops and deploys behavior recognition software.
You must login or register in order to post a comment.