John G. Rendeiro, Jr., Vice President, Global Security & Intelligence, International SOS Assistance, Inc. Prior to joining International SOS, Mr. Rendeiro was Assistant Director for International Programs of the Diplomatic Security Service, U.S. Department of State. In this capacity, he was responsible for directing Bureau of Diplomatic Security programs protecting the Department's international facilities and personnel from the threats of terrorism, espionage and crime. As a Special Agent of the Diplomatic Security Service from 1985-2006, Mr. Rendeiro served in various operational, protective and investigative positions. His service in Washington, D.C., included duty as Director of Intelligence and Threat Analysis, Director of Anti-Terrorism Assistance, and Chief of the Professional Responsibility Staff. Overseas, he served as Regional Security Officer in Russia and Switzerland, and performed extended duties in Afghanistan, Cuba, Haiti, Hungary, Liberia and Somalia, among other assignments. Mr. Rendeiro is a recipient of the Secretary of State's Career Achievement Award and multiple Senior Foreign Service Performance awards. In 2006, he retired at the grade of Minister-Counselor, Senior Foreign Service. Before his assignment with the State Department, Mr. Rendeiro served as a military intelligence officer in the U.S. Army. He holds a Bachelor of Arts in Modern Languages from Widener University, Chester, Pa.; a Master of Arts in Spanish Language and Literature from Temple University, Philadelphia; a Master of Business Administration from Southern Illinois University, Edwardsville, Ill.; and is a graduate of the U.S. Army War College, Carlisle, Pa. During the fall of 2009, he became a member of the National Business Travel Association's Global Risk Management Committee. He is also a member of the CSO Roundtable at ASIS. Mr. Rendeiro is fluent in Spanish, Portuguese, French and Russian. 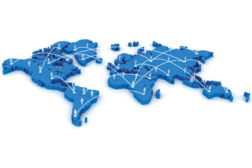 John G. Rendeiro
As managers and leaders in the security field, our first and most sacred responsibility is, of course, to provide for the safety of the people who fall within our areas of responsibility. As recent world events, from political unrest to natural disasters such as earthquakes, tsunamis, ash clouds and other events have shown, the unexpected can always present us with challenges in fulfilling our Duty of Care to our international travelers, expatriates and their dependents.
Read More 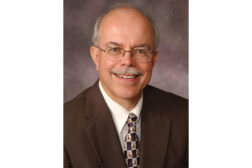 John G. Rendeiro
Duty of Care is a shared responsibility, especially in today’s global economy. As employees cross borders and increasingly work in hostile environments, increased risk is brought to an organization’s most valuable assets: its employees.
Read More 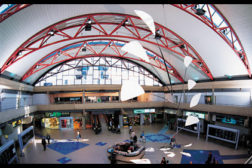 Tracking Your Company’s Employees in 2012

Three Top Challenges to Tracking Travelers Globally
John G. Rendeiro
The Arab spring along with the Japan crisis, and most recently, the floods in Thailand, have brought the topic of tracking travelers to the forefront for many security professionals but, even more importantly, so have the challenges in doing so. Here are three main challenges that continue to exist with tracking travelers globally today.
Read More
Subscribe For Free!
More Videos