Tokyo again comes first overall, and Asia-Pacific cities make up six of the top ten. As it did in the previous SCI, Tokyo has the highest overall score in our index. Other cities in the top 10 are Singapore, Osaka, Sydney, Seoul and Melbourne. Two European cities are in the group, Amsterdam and Copenhagen, while two from America complete it, Toronto and Washington, DC.

The world's safest cities for 2019, according to SCI: 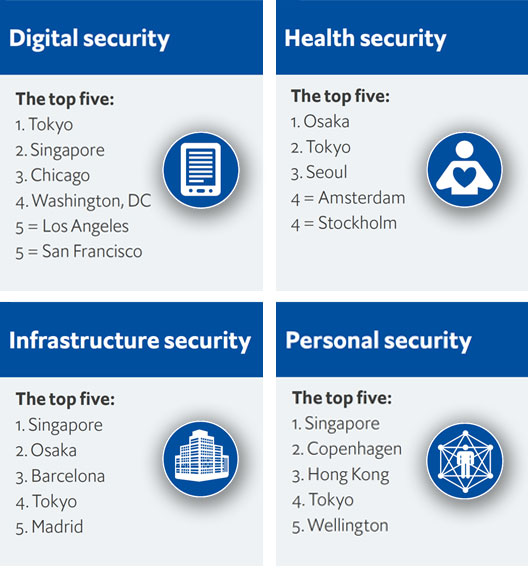 Cells and the City: A Conversation with the Deputy Director for Intelligence Analysis, NYPD