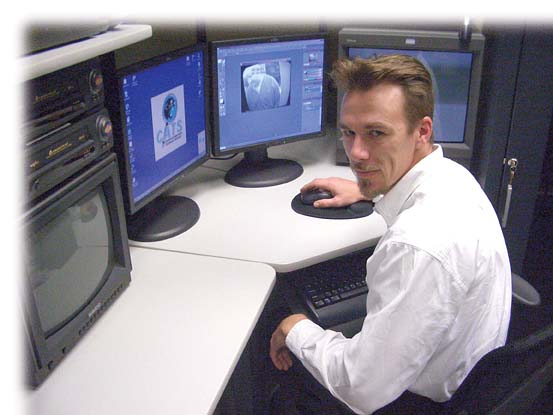 Audio/video evidence from local, state and federal agencies throughout New York State and Northern Pennsylvania is processed here, within the CATS lab.
At home, DVDs and introduction of HDTV led consumers to perceive digital video as being superior in quality. And why not? Consumer DVDs provide an incredible home theater experience, complete with surround sound and a crisp, clear picture. HDTV provides an amazingly lifelike image, while consumer digital video recorders have simplified and streamlined TV viewing habits.

Recently, a rather large luxury automotive dealership was the victim of vandalism. The perpetrators had been breaking windows and destroying the immaculate finishes of several cars on two of their lots. The lead investigator submitted analog videotapes obtained from the dealership, requesting assistance in identifying the suspects. The results of that analysis showed that the analog video documented the incidents quite well. Yet despite clarification efforts, the base image quality was too poor to clearly identify the suspects or their vehicle.

Figure 1: This is a half scale representation of analog NTSC video converted to digital (top), followed by a few of the typical image/video sizes used in digital video security systems. As depicted, the original digital video file resolution can be less than one-tenth that of a properly converted analog image.
Based on this incident, the dealership decided to implement two high-end digital video security systems, each from a different manufacturer. Sure enough, the suspects returned shortly thereafter, causing even more damage. Images obtained from digital video recorders show the suspect vehicle passing their premises, along with what appears to be a Sasquatch perpetrating the crime. Needless to say, Big Foot remains at large.

In this case, the recording device had less to do with the quality of the video evidence obtained than did the types of cameras used and their proximity to the property they were intended to protect. 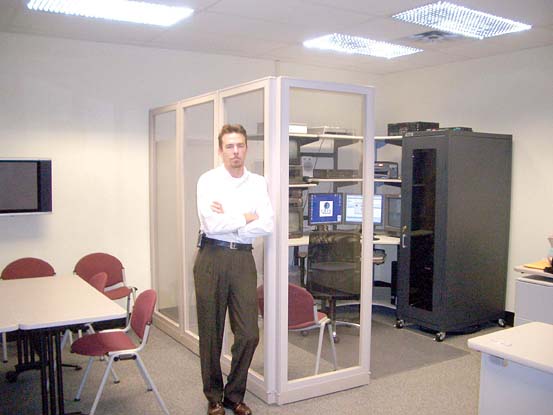 The adaptability and flexibility of digital video is undoubtedly one of its greatest advantages. Ironically, this particular advantage easily can become the primary disadvantage of a digital video security system, often inadvertently.

For instance, most digital video security systems provide the capability to adjust a multitude of settings designed to manage the finite amount of hard drive space to which the digital video is recorded. While these settings may collectively sound similar to the traditional analog time-lapse recorder concept, there are significant differences – most notably, the image/video dimensions, compression technology, scheme and ratio.

First, let’s consider the image/video dimensions. The NTSC standard, coupled with the ITU-R BT.601 standard (See sidebar on video standards.), effectively produces a pixel matrix of 720 x 486 for analog NTSC video converted to digital. While some digital systems can record a 720 x 480 pixel matrix at their highest quality settings, most are configured to record using much smaller dimensions, such as 640 x 480, 320 x 240, or even as small as 160 x 120 (See Figure 1.). A smaller image size requires less storage space, but also provides less image detail. Obviously, in a security system application, image detail and/or resolution are critical. In the world of digital video, so is storage space.

Data compression further reduces the necessary storage space or bandwidth required to transmit digital video. There are two fundamental types of data compression, lossless and lossy. Lossless compression algorithms utilize duplicate or repeatable patterns of binary 0s and 1s, and the resulting file is capable of being decompressed back to its perfect original state bit-for-bit. 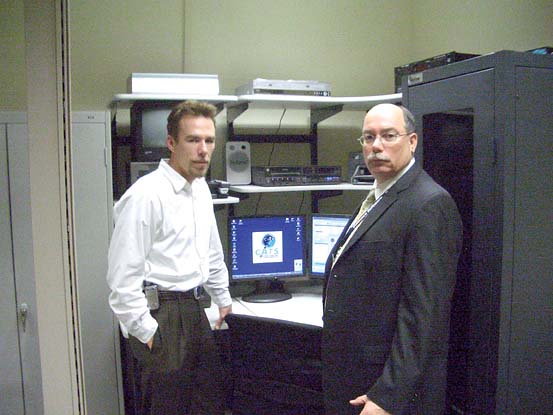 Larry Compton, audio/ video analyst and founding member of the CATS lab and Carl Fenescey, director of Broome County Government Security Division, in the audio/video workstation area of the lab.
With lossy compression algorithms, data from the original file is actually lost in the process. Once this data is discarded using lossy compression, the resulting file cannot be decompressed back to its original state. Nearly all digital video security systems use some form of lossy compression; however, they do so using different technologies, schemes and ratios (See sidebar on compression schemes.).

Although this often goes unmentioned, higher compression ratios lead to a higher percentage of data loss. In the case of digital, this again equates to less image detail. It is also important to note that compression is not only used when storing the digital video files, but quite frequently is also incorporated as an option when exporting the video or images. This can result in a compressed file being further compressed.

There are certainly a number of other characteristics, as well as components, that play a role in the quality and quantity of the evidence obtained from a digital video security system. Proper system design, configuration and maintenance are imperative to the successful deployment of any video security system, especially digital. While it is clear that digital video security systems are undoubtedly the future of this multi-billion dollar industry application, those making or considering the transition should understand that in-and-of-itself, digital does not equate to better quality.

In order to fully understand the fundamental differences of analog and digital video, it is important to note that there is no one standard to which all digital video must conform. While, for the most part, analog video in North America is based on the National Television Standards Committee standard, developed in 1953 for broadcast television, there are a multitude of digital video standards, formats and compression/decompression (codec) algorithms. Additionally, digital video security system manufacturers continue to develop and introduce proprietary formats, codecs and media players (or viewing software). Suffice it to say, not all digital video is created equal.

The two types of compression schemes in digital video security systems are full-frame compression and conditional compression. Full-frame applies compression to every frame within an image sequence. Conditional compression is applied to a sequence of video frames, rather than to an individual frame. Conditional techniques are based on the theory that very little changes from one frame to the next. These techniques exploit the similarities between frames, subsequently significantly reducing the resulting file size and/or required bandwidth. That is to say, a full-frame reference frame is compressed, and thereafter only the changes between reference frames. Both compression schemes are capable of reproducing video without substantial loss of image detail, yet whether or not they do significantly relies on the complexity of the image content, codec used and the compression ratio.