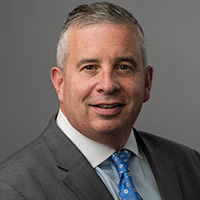 Kenneth Dixon oversees security and public safety operations at the Jacob K. Javits Convention Center in New York City.  The Javits Center is the busiest convention center in the United States and a global iconic symbol for trade and commerce.   He designed a state of the art security operations center (SOC) and leveraged sophisticated technology and training to create the safest large convention center in the United States.  Prior to joining the Javits Center, Kenneth served as Vice President and Head of Security for Sotheby’s, Inc. and was responsible for the security of $2 billion of art, jewelry and other valuable products. Ken also served as Director of U.S. Operations for Brink’s, Inc., where he managed a complex network of import, export and domestic transportation of valuables on a global scale.  In the aftermath of the 9/11 attacks, Kenneth oversaw the 72-hour removal of 1,100 metric tons of silver and 200 metric tons of other precious metals from beneath the ruins of 4 World Trade Center in a salvage mission for Scotia Bank.  Kenneth received a Bachelors of Arts degree in Economics from Pace University.  He is also a member of the American Society for Industrial Security (ASIS), Association for Threat Assessment Professionals (ATAP), Domestic Security Alliance Council (DSAC), Overseas Advisory Council (OSAC), Jeweler’s Security Alliance (JSA), American Museum Association (AMA), NYPD Shield, JFK Cargo Association and a former gilded scholar member of the Gerson Lehrman Consulting Group.