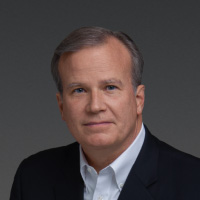 John McClurg serves as Senior Vice President & Chief Information Security Officer at Blackberry. He comes to Blackberry from Cylance where he served as Vice President and Ambassador-At-Large. He came to Cylance from Dell where he served as CSO, advancing responsibilities that included the strategic focus and tactical operations of Dell’s internal global security services, both physical and cyber. Before joining Dell, McClurg served as the Vice President of Global Security at Honeywell International; Lucent Technologies/Bell Laboratories; and in the U.S. Intelligence Community, as a twice-decorated member of the Federal Bureau of Investigation (FBI).