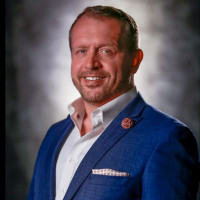 David Monnier joined Team Cymru in 2007. Prior to Team Cymru, he served in the US Marine Corps as a Non-Commissioned Officer, then went to work at Indiana University. He held a number of roles at Indiana University, including serving as Lead Network Security Engineer at the university and later helped to launch the Research and Education Networking ISAC. At Team Cymru, he has been systems engineer, a member of the Community Services Outreach Team, and a security analyst.