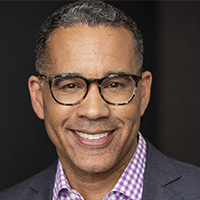 Barry Shaul joined Cargill in March 2020 and was appointed to assistant vice president, deputy chief security officer for Global Security. Prior to this, he was the director of physical security and business security for General Mills since 2013. Shaul started his security career as a police officer for the city of Orange, California. After that, he spent 11 years as a Special Agent with the U.S. Diplomatic Security Service (DSS). Mr. Shaul traveled extensively in this role providing protective services for U.S. Secretaries of State Colin Powell, Condoleezza Rice, and Hillary Clinton and visiting foreign dignitaries such as His Holiness the Dalai Lama. Shaul served as President of the Minnesota Chiefs of Police Foundation, a non-profit organization that advances law enforcement leadership’s ability to respond strategically to the evolving challenges facing Minnesota communities.