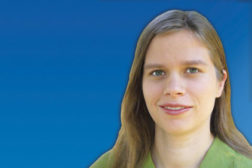 The Titanic: Risk Management vs. Compliance

Marleah Blades
No Comments
Next month will mark the 100th anniversary of the sinking of the Titanic, and plans abound to memorialize or capitalize on the tragedy, including the re-release of the 1997 movie Titanic in 3D, the production of a commemorative coin, and – believe it or not – a series of Titanic memorial cruises. Some members of the security community recently chose to remember the event in a more constructive way.
Read More
Subscribe For Free!
More Videos