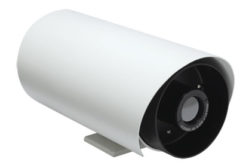 Cindy H. Dubin
In an effort to state the state more than $13 million, the Michigan Department of Corrections has decided to eliminate the armed officers who protect the perimeter of 27 state prisons. The concern is that no one will be around to stop weapons, drugs, or other items from being thrown over the barbed wire fences to inmates. Instead, surveillance cameras around the perimeters will replace 120 patrol officers.
Read More
Subscribe For Free!
More Videos